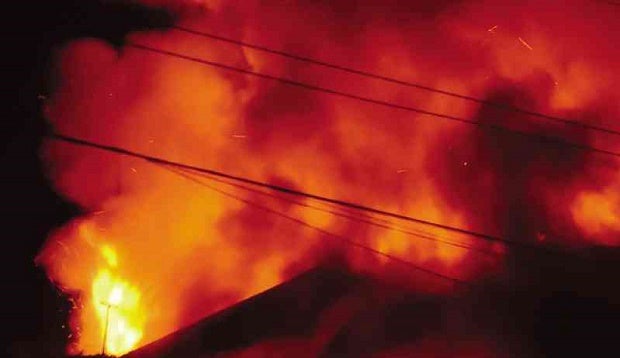 MANILA — After an eight-hour fire that gutted around 500 houses and killed two people on Sunday, the Mandaluyong City government passed on Wednesday afternoon a resolution declaring a state of calamity in the two affected barangays (villages) of Mandaluyong City, so that the local government could mobilize resources for relief and rehabilitation efforts.

The fire, which started past 7 p.m., reached the general alarm, the highest alarm according to the BFP.  More than 80 fire trucks rushed to the site to put out the fire at around 3 a.m. Monday. Property losses were estimated to reach P10 million.

Brother Jimmie Isidro, public information office chief, said based on the resolution passed by the city council and signed by Mayor Menchie Abalos, the local government would provide financial assistance to 1,500 families displaced by the fire in Barangays Addition Hills and San Jose.  They could either rebuild their homes or transfer to new residences.

The fire, which came from a leaking gas tank in a residential house, left two people dead and around 7,000 people homeless.

On Monday, Mandaluyong social welfare department provided food and various forms of assistance to more than 1,000 families affected by the fire. As of Wednesday, they were still in three evacuation centers — Addition Hills Integrated School, the Hagdang Bato covered court and Andres Bonifacio Integrated School.

So far this year, five fires have happened in Barangay Addition Hills.

On Tuesday night, another house owned by Hazel Acob was burned down at Block 19B also in Welfareville Compound, Martinez St. in Barangay Addition Hills around 7 p.m.

The owners were not at the house during the fire that reached the first alarm and resulted in property losses of P20,000.