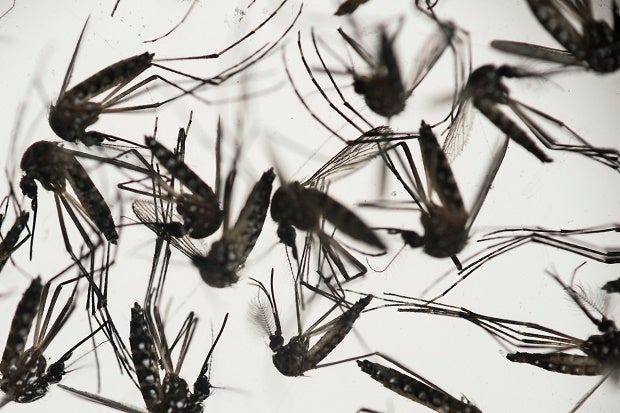 MANILA — The Department of Health (DOH) has recorded 10 more cases of Zika virus infections, bringing the total number of patients to 33 as of November 13, Health Secretary Paulyn Ubial said Tuesday.

Of the 33 cases, 12 were recorded in Iloilo; four in Bacoor, Cavite; three cases each in Mandaluyong and Calamba, Laguna; two cases each in Antipolo, Las Piñas and Muntinlupa; one each in Cebu, Quezon City, Makati, Caloocan, and Manila.

Region 6 (Western Visayas) has the highest number of recorded cases in the  Philippines, followed by the National Capital Region, Region 4-A (Calabarzon), and Region 7 (Central Visayas).

Ubial said only these four regions have recorded cases of Zika virus but the DOH, along with local government units and the Research Institute for Tropical Medicine (RITM), continue to monitor samples from regional offices nationwide.

She added that the pregnant woman in Cebu who contracted Zika virus has undergone two ultrasound tests and showed no abnormalities in her pregnancy.

“She’s okay, she’s still being monitored. She has undergone two ultrasound (tests) and so far, still normal. She’s expected to give birth in January,” she said.  SFM