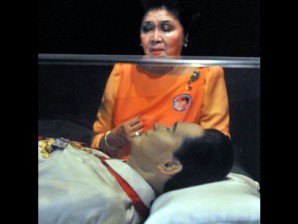 BAGUIO CITY — Towns in Ilocos Norte will hold a nine-day novena for dictator Ferdinand Marcos, but no announcements have been made as to when he will be buried at the Libingan ng Mga Bayani.

The lualo or prayers for the dead would be recited throughout the province beginning Wednesday (November 16) in Batac City, where the late strongman grew up, read a statement from the Marcos presidential center in that city.

Marcos’ remains have been kept in a temperature-controlled mausoleum in that city since 1993.

The novena will commence at 3 p.m., to be led by by Marcos’ widow, Ilocos Norte Rep. Imelda Marcos, and his surviving sister, Fortuna Marcos-Barba, according to the announcement. Masses will follow at 4 p.m.

The second novena will be held at the town of Sarrat where Marcos was born.

The Nov. 18 novena will be hosted by Dingras town, followed by Vintar town on Nov. 19.

Bacarra will host the Nov. 20 novena, which falls on the celebration of the Feast of Christ the King. The novena will be held at 8 a.m. 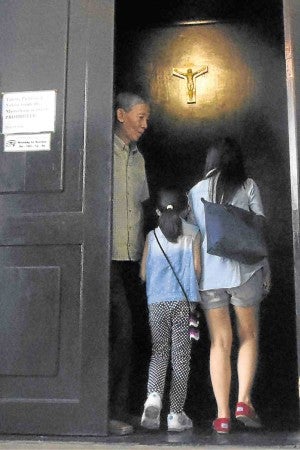 The caretaker of the Marcos mausoleum assists tourists wanting to see the body of strongman Ferdinand Marcos. —Willie Lomibao