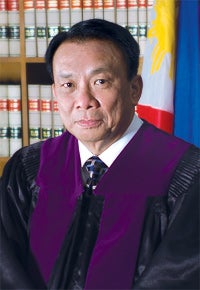 The Supreme Court on November 8 allowed the burial of the late dictator Ferdinand Marcos at Libingan ng mga Bayani in Taguig City. The high tribunal voted 9-5 with one abstention to dismiss the petition filed by anti-Marcos groups and personalities to block the President Duterte’s order.

Associate Justice Lucas Bersamin was one of the eight who voted “Yes.” In his decision released by the Supreme Court on Thursday he wrote:

“The interment of the remains of President Marcos in the LNMB is a matter that exclusively pertains to the discretion of President Duterte as the Chief Executive. The character of the LMNB as the resting place for the war dead and other military personnel under the care and control of the AFP has placed the LMNB under the control of the President. Plainly enough, the President thereby exercised such control through the AFP Chief of Staff.

of President Marcos in the LNMB is beyond review by the Court. He has not thereby transgressed any legal boundaries.

“President Marcos—being… a two-term President of the Philippines, a Medal of Valor awardee, a veteran of World War II, a former Senator and Senate President, and a former Congressman, by any of which was qualified to have his remains be interred in the LNMB.” Totel V. de Jesus