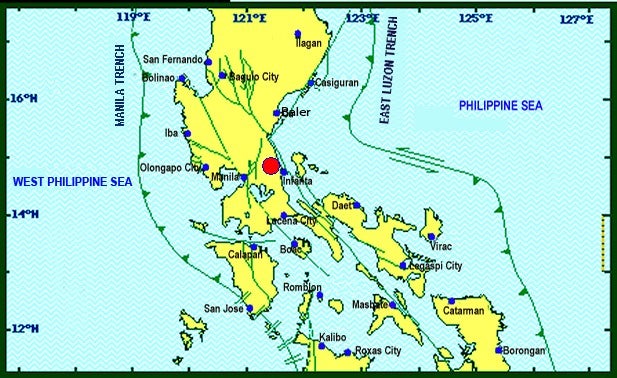 A magnitude 5 earthquake shook General Nakar in Quezon province and was also felt in Metro Manila and in Tarlac City, the Philippine Institute of Volcanology and Seismology said.

There was no immediate report of damage or injury from the inland quake that struck 24 kilometers northwest of General Nakar at a shallow depth of 13 kilometers.

Phivolcs initially placed the magnitude at 4.4.

Phivolcs has warned that a 7.2 magnitude earthquake would devastate Metro Manila. With a report from Dona Z. Pazzibugan/rga