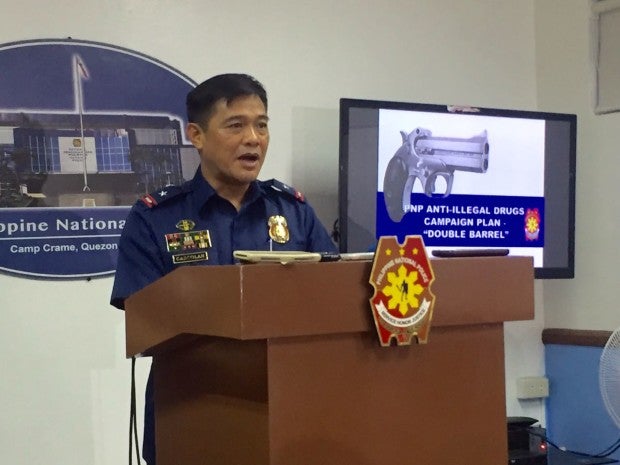 Under the reinvigorated phase of the Philippine National Police (PNP)’s anti-drug campaign dubbed the “Oplan Double Barrel Alpha,” the PNP is aiming to reach at least the passing mark of 70 percent in going after the 1.8 million drug dependents by January 2017.

“The directive from the PNP chief is we will concentrate and focus ourselves on 1.8 million only,” PNP’s Operations head Chief Supt. Camilo Cascolan said in a press briefing at Camp Crame.

“We are hoping to catch up with the 1.8 million DDB (Dangerous Drugs Board) survey of drug personalities. We are trying to come up with the evaluation of 1.8 million but hopefully lumampas kami sa (we would surpass the) 70 percent or 1.26 million,” said Cascolan.

Duterte won in May on a campaign promise of ending the drug menace in the country by killing tens of thousands of drug addicts.

From July 1 until November 4, 768,138 drug addicts have surrendered to the police. This means the PNP has to make 1,031,862 drug users surrender if they would aim to reach 100 percent of the target number.

Duterte’s number grew bigger over the past months. Before citing the 3 million figure, he was mentioning statistics from the DDB which said that there are at least 1.76 million individuals who are using illegal drugs in 2015.

Cascolan said the PNP will seek clarification from the DDB regarding the time frame of the survey.

“Naisip namin noong nakita ‘yung survey ng DDB hindi lang (When we saw the survey of DDB, we thought that it wasn’t) based on 2013-2015 data, it was based even before so we are trying to seek help from the DDB so we would know the time frame of the survey,” he said./rga