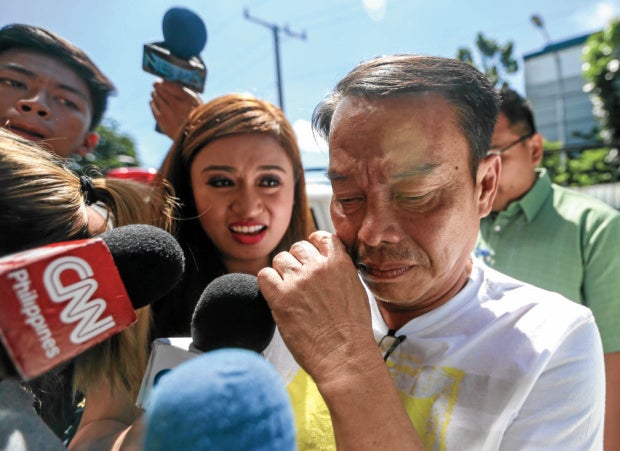 “Right now it’s really under investigation so wala po tayong actual na komentaryo patungkol diyan (so we cannot give an actual comment on that),” Presidential spokesperson Ernesto Abella said in an interview with state-run dzRB radio.

Abella declined to give further comments on the said incident.

‘The death of Albuera Mayor Espinosa is unfortunate. Investigation is now ongoing but initial reports indicate that the former mayor was killed while being served a search warrant,” Andanar said.

An incident report from the Philippine National Police (PNP) said Espinosa and another detainee, identified as Raul Yap, were killed after the two allegedly got into a shootout with operatives of the of the Criminal Investigation and Detection Group in Northern Leyte.

Police said the two drug suspects reportedly fired at the cops who were inside the jail to serve the arrest warrant.

On Aug. 2, Espinosa showed up at the PNP headquarters in Quezon City and surrendered to PNP Director General Ronald “Bato” dela Rosa.

Espinosa was earlier named by President Rodrigo Duterte to be involved in illegal drugs. He is the second mayor in Durte’s “narco-politician” list to be killed after Mayor Samsudin Dimaukom of Datu Saudi Ampatuan, Maguindanao, along with nine others, was killed in a clash with the police just last week. IDL