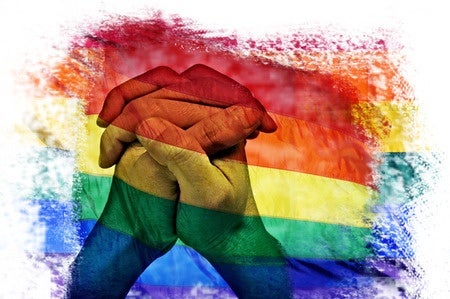 Taiwan is reportedly on the verge to become Asia’s first country to acknowledge marriage among same sex individuals.

Citing numerous developments in the country’s outlook towards lesbian, gay, bisexual and transgender (LGBT) laws, the nation is reportedly leaning towards union regardless of sexual orientation, according to a Washington Post report.

With an unprecedented ray of hope, more than 80,000 Taiwanese supporters took to the streets of Taipei to commemorate the city’s annual  LGBT Pride parade over the weekend.

The jubilation among the LGBT community comes after lawmakers from Taiwan’s new ruling party, the Democratic Progressive Party, suggested a law that would eliminate gender from the national constitution’s definition of marriage—by opening it to any willing pair.

The bill, which is a popular choice even with Taiwan’s new President Tsai Ing-wen, has been favored by almost three-quarters of the Taiwanese population.

“We actually can see that there are about 66 legislators who will probably vote yes on marriage equality,” Pride Watch activist Cindy Su said in the report. “That’s a majority of 58.4 percent, the first time in Taiwanese history that we have more than half.”

The marriage equality proposal’s bid for approval even got stronger, when tragedy struck last month a French professor who’s been a resident of Taiwan for decades.

Jacques Picoux, 67, dropped 10 stories to his death in what was ruled out by police as suicide. He fell into depression after losing his male partner to cancer, the report said.

Due to existing Taiwanese laws, Picoux was unable to make crucial medical decisions which could have saved his partner’s life during his dying moments. Their void union also meant he could not legally claim the properties they had shared throughout their years together.

According to political observers, his death is expected to bolster the bill’s passing, as lawmakers are now prioritizing the new bill on marriage equality.

Homosexuality, meanwhile, remains taboo to most Asian countries, and is currently illegal in Malaysia as well as across much of South Asia. Khristian Ibarrola/rga