No need for special probes on Halloween killings – Palace 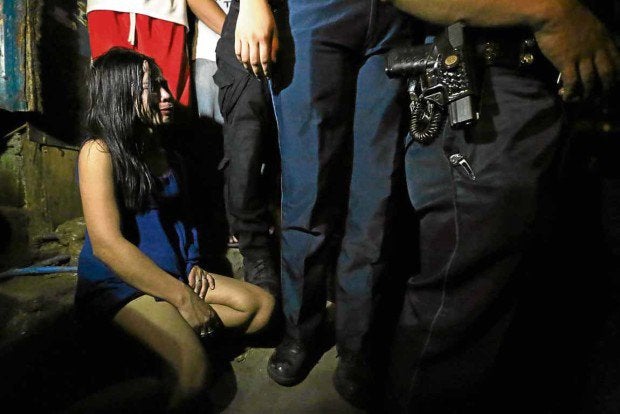 A woman, said to be the wife of summary execution victim, Edmar Velarde, waits for his body. Velarde, was among five people killed by masked men in Barangay Addition Hills, Mandaluyong City, on Oct. 31, 2016, the eve of All Saints’ Day. (INQUIRER FILE PHOTO/ RAFFY LERMA)

MANILA — Malacañang is not at all spooked by the gruesome murders carried out by masked assassins in the metropolis on Halloween night.

It also does not see the need for President Duterte to immediately issue a firm order to the police to clamp down on the unabated killings attributed to unknown men wearing masks.

Presidential Spokesperson Ernesto Abella said the murders of six suspected drug users in Mandaluyong and Pasig cities on Monday night were being investigated by the Philippine National Police just like any other criminal case.

“It will undergo the normal processes of investigation,” Abella said in a news conference.

Despite the mounting unresolved killings nationwide, Abella said the President would just let the police investigation of such incidents take its normal course.

“This (investigation) is part of their process. (These deaths) come under the ‘death under investigation’ of the PNP,” he said briefly.

On the eve of All Saints’ Day on Monday night, six masked gunmen shot dead five people inside the house of one of the victims in Barangay Addition Hills, Mandaluyong.

A witness said one of those slain pleaded for his life before one of the attackers gunned him down.

Hours before the killings, a man was shot at close range by two men on a motorcycle in another drive-by shooting, which became more common after the President set off his brutal campaign against illegal drugs.

Meanwhile, Abella clarified that the President’s order to dismantle checkpoints only covered fixed security blockades put up by policemen.

“Mobile checkpoints can be set up from point-to-point depending on the need of the hour,” the Palace official said.  SFM/rga