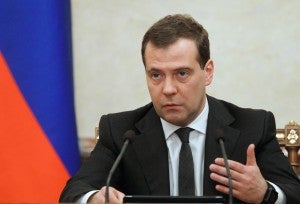 MOSCOW — Russian health officials say one in 50 people in the country’s fourth-largest city is carrying the HIV virus as Russia struggles to deal with a rapidly rising number of infections.

The central Russian city of Yekaterinburg suffers from an HIV epidemic, regional Deputy Health Minister Tatiana Savinova said, according to a statement widely reported Wednesday by Russian media. The city of 1.5 million people has 27,000 residents, or 1.8 percent of the population, carrying the virus, she said.

The rate of new HIV infections is increasing in Russia, which bans some preventative measures common in other parts of the world such as methadone therapy for intravenous drug users.

About 800,000 Russians are currently registered as living with HIV, while 100,000 new cases were reported last year. But experts and government officials say that in a country where awareness is low and diagnostic testing irregular, the actual number of people infected is likely to be almost 1.5 million.

At the current rate, some Russian officials expect the number of infections to double every five years.

While the majority of new infections are acquired through intravenous drug use, heterosexual sex is rising as a source of transmission and accounts for just over 40 percent of new cases.

HIV infections in Russia are concentrated in large manufacturing cities in southern Siberia and along drug trafficking routes that begin in Central Asia and extend to Europe. Russia’s Sverdlovsk Region, of which Yekaterinburg is the capital, is the region most heavily infected with HIV in Russia, according to Savinova.

“The situation is identical in all the country’s industrial cities. It’s just that Yekaterinburg is tackling the detection of infected people and is not afraid to talk about it,” Yekaterinburg Mayor Evgeny Roisman said Wednesday, the Vesti television channel reported.

Last week, Russian Prime Minister Dmitry Medvedev signed off on a new government strategy to reduce the number of new HIV infections in the country and increase access to treatment for people already infected.