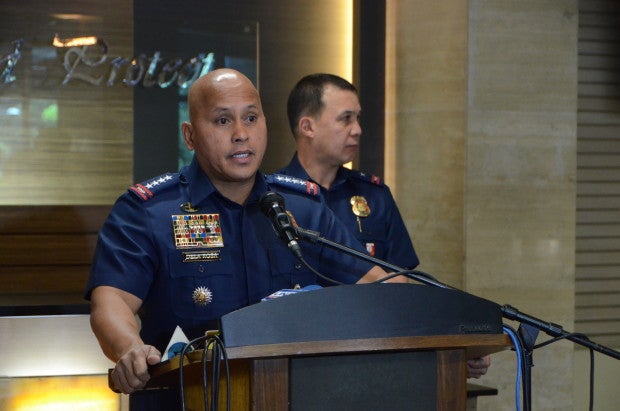 The Philippine National Police’s (PNP) acquisition of at least 27,000 assault rifles from the United States worth P1.7 billion will still continue, at least for now.

“We don’t have any official notice yet confirming the alleged halting of the procurement of the M4 rifles,” PNP chief Director General Ronald “Bato” dela Rosa said in a prepared statement at a press conference on Wednesday.

“As per letter from Sig Sauer dated Nov. 1, 2016, the export license for the delivery of the rifles is undergoing normal process in the US state department,” he said.

In the letter of Global Defense Sales executive vice president Amaro Goncalves to the PNP, it said Sig Sauer Inc. had contacted the US state department to verify the status of the processing of licenses for the 27,394 M4 assault rifles the PNP wanted to purchase.

Goncalves said the licenses were being processed as normal.

The clarification from the PNP and the supplier comes amid reports that the arms deal has been stopped by the state department after Sen. Ben Cardin opposed the US supplying of weapons to the Philippine police.

According to a Reuters report, the reason behind Cardin’s opposition is the concern over human rights violations in the Philippines amid the Duterte administration’s war on drugs, which has killed over 3,700 persons since June.

The letter added: “This request is the result of media reports indicating that the license processing may be stalled in the US Senate. Sig Sauer contacted the state department for the status of the license and was advised earlier today that the license was being processed as normal.”

“We will continue to monitor the status of this license and advise of any meaningful changes. We trust this response to your inquiry,” it added.

Dela Rosa said the rifles were expected to be delivered to the PNP by April 2017.

Dela Rosa said the PNP procured 27,394 units of basic assault rifles worth P64,000 each through the agency procurement request at the procurement service of the Department of Budget and Management.

He said the PNP used funds from the PNP’s capability enhancement program from 2010 until 2015 with the approved budget of P2 billion. The contract price, however, was only worth P1.7 billion.

The contract agreement was signed on July 13 while the notice to proceed was approved on July 29 for Sig Sauer Inc., the winning bidder, represented by InTrade Asia Pacific Corp.

“The procurement of these rifles will increase the percentage fill-up for long firearms from 35 percent to 86 percent, enhancing the firepower capability of public safety forces and other PNP units involved in the campaign against terrorism, a serious threat to global peace and security,” Dela Rosa said.