Man nabbed in Cebu City for harassing priest over land 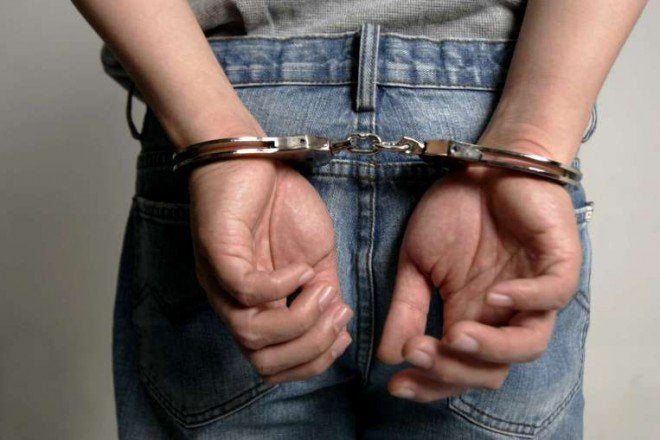 CEBU CITY — A man believed to be drunk and who has been harassing a parish priest has been arrested for making a scene and spewing threats in the priest’s parish church in the mountain village of Sudlon I in Cebu City.

Yuri Abella, in his 40s, was accused of banging the steel gates of the church on Monday morning, as well as yelling at the priest on different occasions last week.

Fr. Bernard Oyao, the parish priest of the St. John the Baptist Church, said he reported the incidents to Cebu City Councilor Dave Tumulak, deputy mayor for police matters, hoping that Abella would stop disturbing people who pray inside the church.

Tumulak, accompanied by members of the Cebu City Public Safety Company, went to the place to verify the report.

Around 9 .m. on Monday, the policemen found Abella inside his relatives’ house located near the church.

“He was drunk and so the police arrested him,” Tumulak said.

Charges for violating Cebu City Ordinance 512, which penalizes drunkenness in public areas such as in the streets, alley, plaza, and parks in the city, will be filed against Abella at the prosecutors’ office on Wednesday.

If convicted, the suspect would have to pay a fine of P2,000 to the government.

Tumulak, in an interview, said Abella told him that he was mad at Fr. Oyao and the Archdiocese of Cebu after his grandfather donated two hectares of their land to the church three years ago.

“When he is drunk, he usually vents his ire on their parish and the priest,” the councilor said.

Last Oct. 25, Fr. Oyao said students were praying the rosary inside the still unfinished church structure when Abella went inside and banged the steel door at church’s main entrance.

Abella, the priest said, also made noises and kept on shouting while the students were praying.

Last Sunday, while Oyao was presiding over the Mass, he said Abella went near the altar and shouted at him.

“I just kept kept my cool and tried to finish the Mass,” the priest said over the phone.

Oyao said he first reported the incident to officials of the Archdiocese of Cebu.

He, however, learned that Cebu Archbishop Jose Palma was still in the United States to attend the 9th National Convention of Catholic Charismatic Prayer Communities.

Oyao said he decided to seek the assistance of Councilor Tumulak.

“I was a bit dismayed because, in the first place, the parish was created in the place to enhance the spirituality of the people. And then that happened,” the 43-year-old priest said.

Oyao, the first priest to be assigned to the two-year-old parish, was hoping to settle differences with Abella and to help the latter get over his problem.

“The Church exists to help its people, to understand their predicaments, and to teach them,” said Oyao who has been a priest for 12 years.  SFM