Esperon: A ‘win-win’ for PH, China on Panatag | Inquirer News

Esperon: A ‘win-win’ for PH, China on Panatag 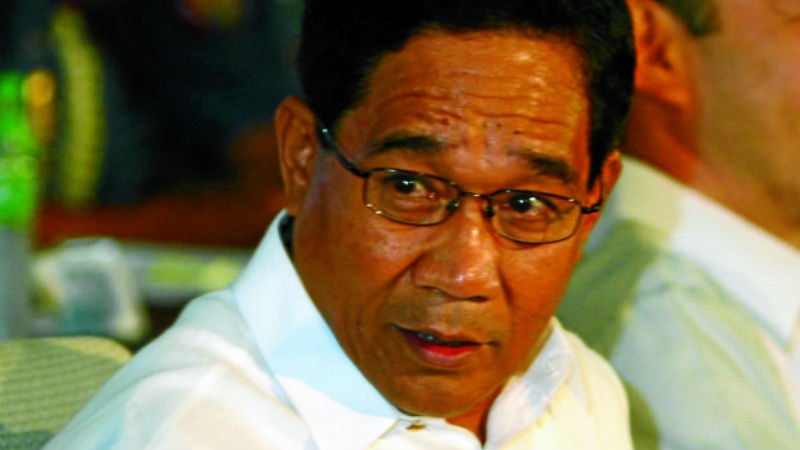 For National Security Adviser Hermogenes Esperon, “it is a win-win” for both the Philippines and China.

“But this is not to say that we have dropped our claim,” Esperon said on Monday, referring to Panatag Shoal, a rich fishing ground off the coast of Zambales province that China seized from the Philippines in 2012 but reopened to Filipino fishermen last week after a visit to Beijing by President Duterte.

Esperon said the Philippines and China had reached a “friendly” understanding allowing Filipinos to fish around Panatag, internationally known as Scarborough Shoal, during Mr. Duterte’s visit.

As a result, he said, in recent days Filipino fishermen have been able to fish unmolested at the shoal while Chinese government vessels have patrolled nearby.

“There is no agreement… but our President believes that our fishermen will no longer be harassed because he already brought up this matter” during his visit to China, Esperon told reporters.

“The Coast Guard of China is there, but their Navy is gone. And now, our fishermen are no longer being accosted, no longer being forced out, so we can say things are now friendly,” he added.

No dropping of claims

A senior Philippine Coast Guard official, who declined to be named because he was unauthorized to speak to the media, said a Chinese withdrawal appeared unlikely.

“China will not abandon this area but if it will no longer harass local fishermen, that’s a positive development,” the official said.

“The Chinese side has continuously exercised normal jurisdiction over Huangyan Island, and the situation has not changed,” she said in Beijing, referring to the shoal by its Chinese name.

“Relations between China and the Philippines have comprehensively improved, and under such a situation, China has already made some proper arrangements with regards to issues of concern to President Duterte,” she said.

China seized Panatag Shoal, 230 kilometers west of Zambales, after a two-month standoff with the Philippines in 2012.

It had been driving away Filipino fishermen from the rich fishing ground, sometimes using water cannon.

But on Oct. 16, Filipino fishermen were once more able to fish at the shoal with the Chinese ships not interfering.

Esperon said neither country dropped its claim to the shoal, with China insisting on its “historical rights.”

China claims most of the South China Sea, home to vital shipping lanes and rich fishing grounds, despite counterclaims by the Philippines, Brunei, Malaysia, Taiwan and Vietnam to parts of the sea.

Esperon said Mr. Duterte’s position was that the Philippines also had “historical rights,” and that it was also bolstered by an international tribunal ruling in July that there was no basis for China’s claims to most of the South China Sea.