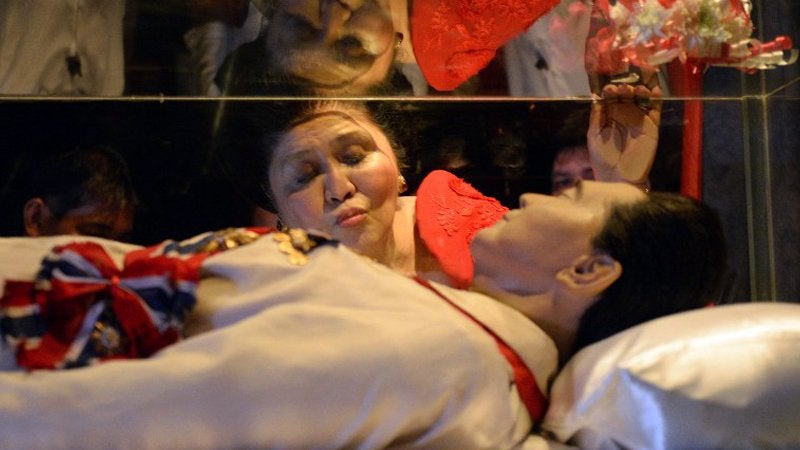 Groups opposing the burial of dictator Ferdinand Marcos at Libingan ng mga Bayani plan to storm heaven with prayer before the Supreme Court votes to resolve the controversy on Nov. 8.

Anxious about the outcome of the vote, the groups, led by the Coalition Against the Burial of Marcos at Libingan ng mga Bayani, are calling on the public to join them at the Lapu-Lapu Monument in Rizal Park for the “Pray for Eight—A Prayer Concert” from 4 p.m. to 8 p.m. on Nov. 6.

Jozy Acosta-Nisperos, a member of the coalition, told the Inquirer that by the group’s evaluation of the justices, five were likely to vote in favor of the petitioners.

“We need a minimum of eight justices to win. Of the 15, it’s been reported that one has already inhibited. We hear it is a very close fight. We are hoping for eight. There’s a tinge of desperation, but also a lot of hope,” Nisperos said.

The event will also restage the play “Duyan Ka ng Magiting” from the Never Again: Voices of Martial Law festival of plays, written and directed by Jenny Jamora.

The groups are trying to get more people who want to make their voices heard that Marcos, who ruled the country with an iron fist for almost two decades, does not deserve to be buried at Libingan ng mga Bayani.