Duterte ‘satisfied’ with security plans for All Saints’ Day 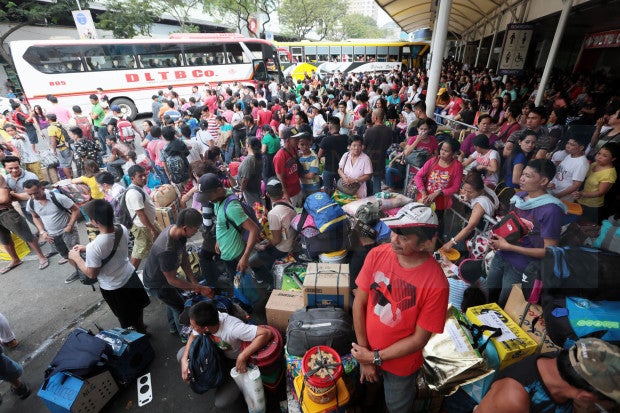 MANILA — President Duterte has opted to skip the inspection of public transport terminals in the country as he is “satisfied” with the security plans mapped out by concerned state agencies for the Halloween break, Malacañang said on Monday.

In a text message, Presidential Spokesperson Ernesto Abella said: “According to the OP (Office of the President), yes he is satisfied (with the security preparations).”

After spending the past few weeks visiting China and Japan, Mr. Duterte stayed in his hometown of Davao City, where he would visit the tombs of his parents.

Meanwhile, Malacañang urged the public to abide by the security regulations in cemeteries and to respect the solemnity of the annual commemoration of All Saints’ Day.

Proclamation No. 1105 was signed in August 2015 by then President Benigno Aquino III, declaring Oct. 31 and Nov. 1 as special non-working holidays for the remembrance of All Saints’ Day, one of the most important holidays in Asia’s only Catholic nation.

“As we remember our departed loved ones, we ask everyone to observe the solemnity of the occasion… (and) see to it that cemeteries before, during, and after the observance of (All Saints’ Day) are clean, orderly and crime-free,” Andanar said.

He said the police and military have been conducting intelligence and security operations to ensure the safety of millions of Filipinos who will troop to the provinces during the four-day Halloween break.

In Metro Manila alone, he said the National Capital Region Police Office has stationed over 9,500 policemen in cemeteries, airports, seaports, bus terminals and other points of convergence until Nov. 2.

He also advised those spending the break away from their residences to follow the safety reminders of the Philippine National Police.

“As our people enjoy this rare four-day break… we remind them to secure their houses and make sure they are locked with all appliances unplugged before leaving,” he said. “And for motorists with private vehicles, do not forget to check their (vehicles’) proper operating condition and roadworthiness.”  SFM/rga