Agencies under Tugade support his leadership 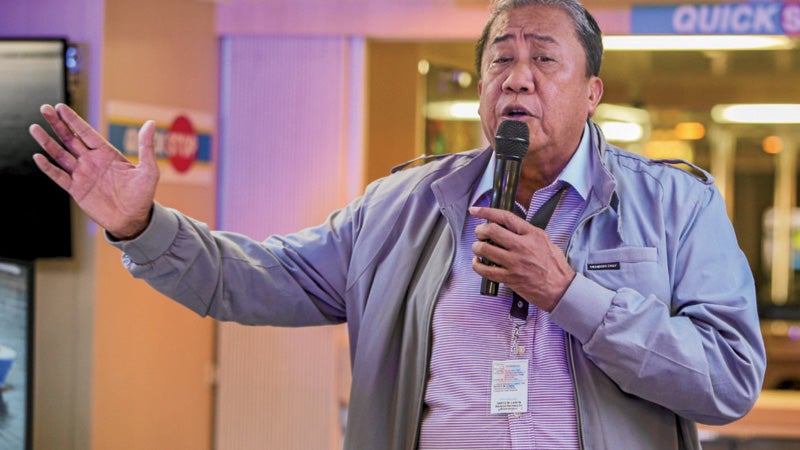 In the wake of calls for Transportation Secretary Arthur Tugade to step down, government agencies that comprise a super body created to ease Metro Manila traffic—which Tugade heads—have thrown their support behind him.

Agencies under the Interagency Council on Traffic (I-Act) said Tugade’s “political will” should make up for the failures his critics, including several lawmakers, have attributed to him.

Orbos’ statement followed calls by some congressmen for President Duterte not to reappoint Tugade for failing to ease road congestion after more than 100 days in office.

Magdalo Rep. Gary Alejano, a member of the minority bloc, said Tugade was simply waiting for Congress to pass the proposed emergency
powers act instead of “at least easing” road congestion.

Navotas City Rep. Tobias Tiangco (Ind.) said that although it was Mr. Duterte’s prerogative to reappoint Tugade, Congress “has already made known its sentiment through the Commission on Appointments,” which did not act on Tugade’s confirmation, technically bypassing it.
1 team, 5 agencies
In his statement, Orbos said it was Tugade’s leadership that “paved the way” for I-Act.

Among the schemes introduced by I-Act were the carving of Metro Manila into 10 traffic sectors, lifting of number coding “window hours” and intensified operations against illegally parked cars and “colorum” vehicles.

Tugade, along with 14 other Cabinet members, failed to win CA approval and must be reappointed by the President or replaced.

While PNP-HPG head Chief Supt. Antonio Gardiola acknowledged the difficulty of solving the capital’s traffic problem, he said Tugade’s “values and strong political will have helped [us] face the odds.”