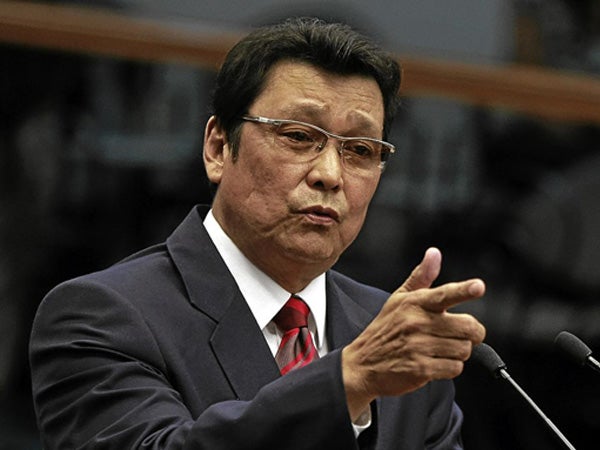 State prosecutors have appealed the Sandiganbayan’s dismissal of the graft case against former Sen. Lito Lapid for having taken too much time in the preliminary investigation stage.

In an 11-page motion for reconsideration, the Ombudsmman’s Office of the Special Prosecutor said the court should have looked at the circumstances too, and seen that the time consumed was reasonable. It stressed that “speedy disposition is a relative and flexible concept.”

As Pampanga governor in 2004, Lapid was accused of overpricing the purchase of 3,880 liters of fertilizer by P4.27 million, as well as foregoing the required public bidding.

The antigraft court’s First Division on Sept. 30 dismissed the case against him and three fertilizer suppliers because the preliminary investigation took 37 months, nine of them awaiting Ombudsman approval of the indictment prepared by the prosecutors.

The state prosecutors argued that Lapid and his coaccused had asked the Ombudsman’s prosecutors for several extensions of the deadline for filing their counteraffidavits, as well as more time to
produce certain documents.

“To fault the Office of the Ombudsman and include the period spent for the allowance of extensions sought to file their counteraffidavits and several other motions for the production of documents and the like is unfair to the prosecution,” the motion read.

The appeal said the respondents just denied the graft allegations in the preliminary investigation stage and never moved for an early resolution of their cases.

The prosecutors said “the respondents’ silence may therefore be interpreted as a waiver of such right” to the speedy disposition of their cases.

The prosecutors said the “baseless imputation of delay and prejudice” should not be enough to prevent the Ombudsman from pursuing the case.

“The unfounded claim of undue delay is against the rule of law. The state should not be precluded to run after the supposed violators so long as the statute of limitations in instituting the crime and applying the penalty therefore has not prescribed,” the appeal added.

While the court dismissed the criminal case against Lapid and the suppliers, it clarified that the government could still pursue a civil case to recover damages from them.