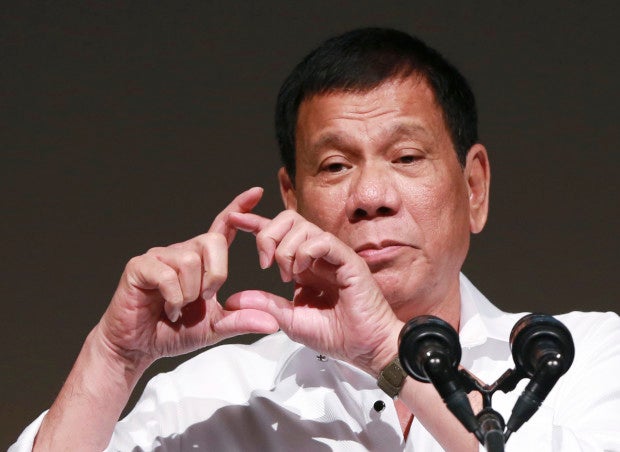 President Rodrigo Duterte delivers a speech at the Philippine Economic Forum in Tokyo on Oct. 26 during a three-day official visit to Japan. AP

President Rodrigo Duterte on Saturday vowed to give equal share of the national wealth to Mindanao as he promised equal treatment for all Filipinos.

“We will treat you equally. I will see to it that the Moros, Christians or the Igorots will be treated alike,” he said in a speech at the launching of the Comprehensive Reform and Development Agenda in Cotabato.

“You will have your equal share of the national wealth,” he added.

Duterte said Mindanao was rich in natural resources and could “develop to its fullest extent.”

“Mindanao holds a promise in agriculture. You will be the richest,” he said.

The President said he would provide agricultural equipment to the farmers in Mindanao to help them in their livelihood.

The Chief Executive also mentioned that a businessman had pledged to donate P1 billion, which would be used to construct a hospital in Basilan. Duterte said the hospital would be completed in 2017.

But despite his dreams for the region, the President noted that insurgency had hindered its development.

He reiterated his appeal to the Moros and the communist rebels to stop waging war against fellow Filipinos. He also made the same call to the bandit group Abu Sayyaf.

“Hintuan niyo na yan. So much hatred. Stop it,” he said.

During his speech, Duterte pushed anew his plan for federalism, which he believed would be the best form of government for the country.