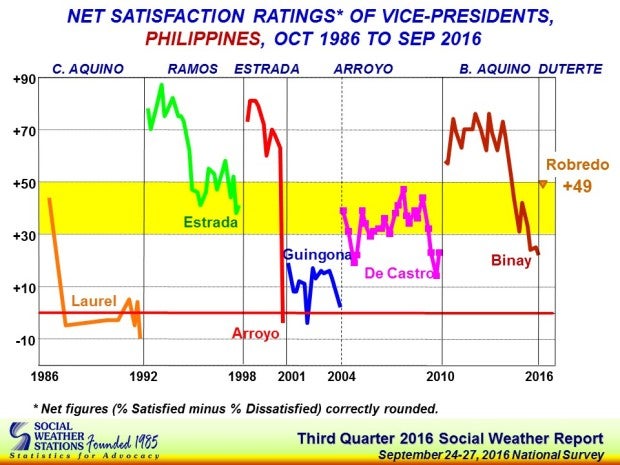 The non-commissioned poll, conducted from September 24 to 27 this year, surveyed 1,200 adults and has sampling error margins of ±3% for national percentages, and ±6% each for the three major areas.

According to the survey, which appeared first in BusinessWorld, 65 percent of respondents said they were satisfied with Robredo’s performance. Sixteen percent said they were dissatisfied while 18 percent were undecided, resulting in a “good” net satisfaction rating of +49.

Chief Justice Lourdes Sereno’s net satisfaction rating was “moderate” at +26, her “personal best,” according to SWS. Out of 1,200 respondents, 44 percent said they were satisfied with Sereno, 18 percent were dissatisfied and 31 percent were undecided. 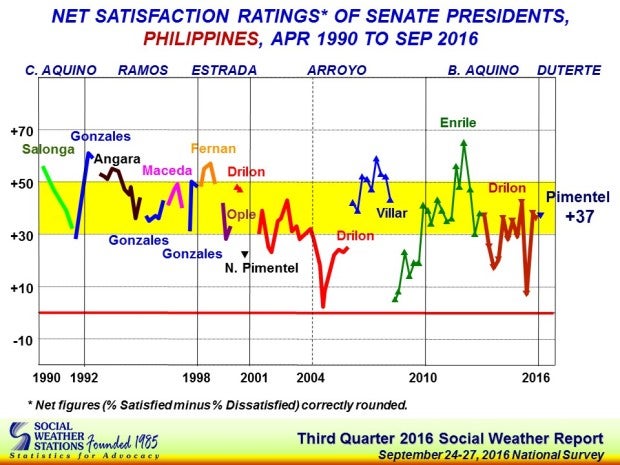 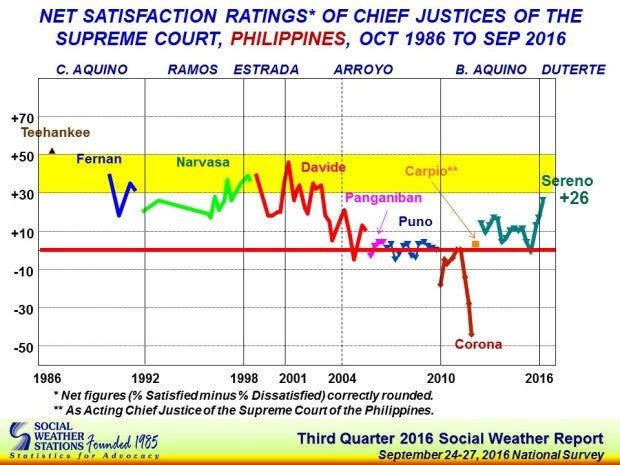 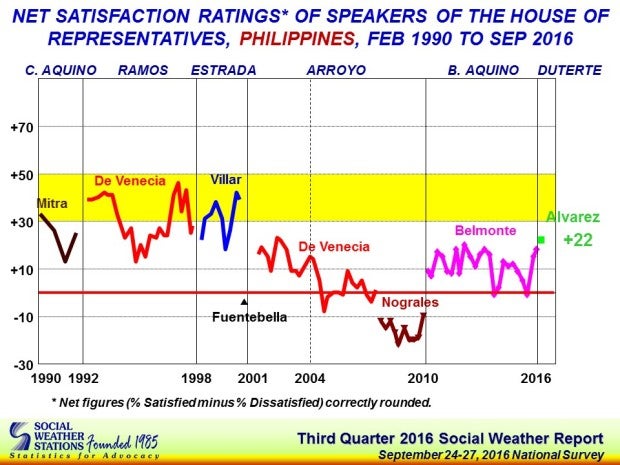