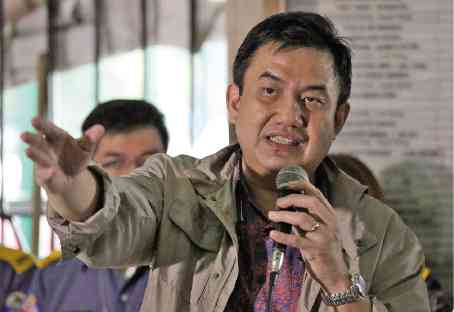 The patience of motorists and train riders alike were tested on Tuesday when Metro Rail Transit-3 (MRT-3) operations bogged down for nearly two hours while 18 road accidents were reported all over Metro Manila.

The Department of Transportation (DOTr) said that at 1:54 p.m. yesterday, the MRT-3 suspended its operations from North Avenue to Ortigas because of a “power supply problem that was detected by the signaling system.” At 3:30 p.m., the MRT-3 remained on provisional service because of a “communication problem.”

As a result, train services were halted between Taft and Shaw Boulevard with operations returning to normal at 3:52 p.m.

Since Wednesday last week, the MRT-3 has recorded at least 13 service interruptions. Noel Kintanar, DOTr undersecretary for rail and toll
roads, earlier said that they were able to bring down the average monthly interruptions to 38 from 46 in June.

The MRT-3 is operating over its carrying capacity of 350,000 passengers as it now ferries over half a million passengers daily. This is often cited by the government as one of the reasons for the train system’s frequent breakdowns.

Just before Tuesday noon, the Metropolitan Manila Development Authority (MMDA) recorded 18 traffic accidents in Metro Manila. According to the MMDA, accidents become more frequent with the approach of the holiday season because of the bigger vehicular volume.

Of the 18 accidents on Tuesday, nine occurred on Edsa, eight of them on the southbound lane, it added.

At the same time, the MMDA announced that it would deploy close to 3,000 personnel to help manage traffic flow on Nov. 1.

MMDA General Manager and Officer in Charge Tim Orbos said that 2,886 personnel from 10 different departments would be assigned to
the streets near cemeteries from Friday up to Thursday next week.

Meanwhile, the number coding scheme will be suspended on Oct. 31 and Nov. 1.

Read Next
‘War on drugs’ to be re-tooled – PNP
EDITORS' PICK
US has ‘many requests’ on Edca, Bongbong Marcos says
Bongbong Marcos: Oil search in West PH Sea may skip ‘gov’t to gov’t’ talks
House energy committee chair Arroyo bats for cheap electricity
The vivo Y16 makes the season of giving more thoughtful for the whole family
The Best Tech Gifts For The 2022 Holidays
Fare card prices soar amid shortage
MOST READ
Don't miss out on the latest news and information.