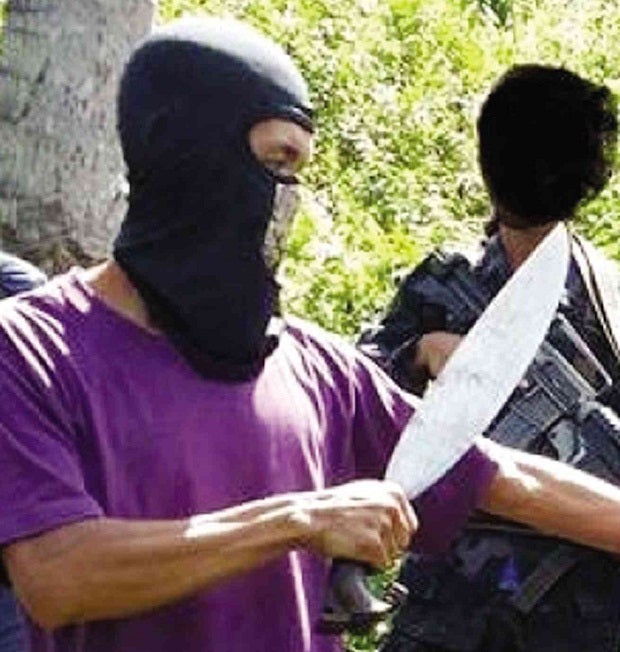 UNDATED photo from the private terrorism monitor SITE Intelligence Group on Sept. 23, 2014, is reported to show members of the Abu Sayyaf who had held captive two German nationals who were released allegedly after payment of a P250-million ransom. AFP/SITE INTELLIGENCE GROUP

CEBU CITY — Be on guard.

The Police Regional Office in Central Visayas ( PRO-7) has alerted people on possible terrorist attacks in Region 7 after it received reports that six members of the bandit group Abu Sayaff group arrived in Cebu last Friday.

Supt. Julian Entoma, chief of the Regional Intelligence Division, said the group was led by one Commander Messiah.

“Based on our monitoring, they came here to abduct prominent personalities although bombing malls and other establishments may also be one of their aims,” he said.

Entoma said the members of the Abu Sayaff allegedly left Cebu on Sunday but police investigators were not sure if six members of the terrorist group returned home in Mindanao.

“We continue to monitor. We already asked help from the Muslim communities in Cebu as well as the security managements of malls, lodges, and beach resorts,” he said.  SFM