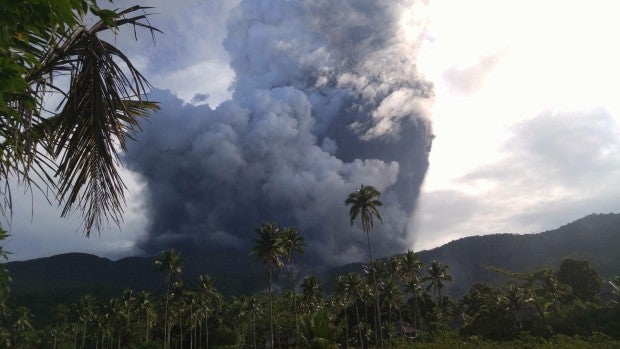 Renard Fullon Garados, Bulusan Municipal Risk Reduction and Management officer, said the ash column came out of the volcano’s crater and southeast vent at around 3:31 p.m.

The ash eruption, which was described as dirty white and grayish, lasted for 15 minutes, Garados said.

“No affected barangays yet as of the moment,” Garados said, adding that the wind direction was carrying the ash southward.

Garados also said they are still waiting for word from the Philippine Institute of Volcanology and Seismology (Phivolcs) regarding this event.

In Irosin town, the MDRRMC there reported that very small amount of ash was recorded in barangay (village) Cogon.

The MDRRMC in Juban town also claimed some villages were affected by ashfalls but a list of affected barangays there is still not available as of press time.