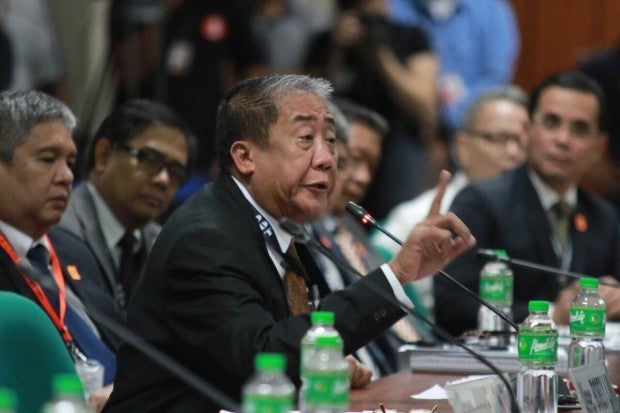 Frustration over worsening traffic in Metro Manila and other urban areas, like Davao City, has spilled over to the Commission on Appointments (CA) where a commuters’ welfare group made a formal appeal for the appointments body to deny confirmation to the appointment of Arthur Tugade as transportation secretary.

In a letter submitted to the CA, the commuters’ welfare group Road Users Protection Advocates (Rupa) said traffic has gone from very bad to worse since Tugade assumed his post as transportation secretary and failed to meet his self-imposed 100-day deadline to ease traffic bottlenecks in urban areas.

“With deep regret, we believe that the President failed to appoint wisely when he named Secretary Tugade to the post (of transport secretary),” said Rupa chair Ray Junia in a two-page letter sent to CA Secretary Hector Villacorta and Cebu Rep. Benhur Salimbangon, chair of the CA committee on transportation and communication.

In the letter dated Oct. 19, Junia said Tugade put forward “incredible and fantastic solutions that elicited laughter and sneer from the public and experts.”

In Davao City, Mayor Sara Duterte said that should emergency powers be granted President Duterte, her father, these should also cover the city.

“We want to be included in the emergency powers of the President, just like Metro Manila and Cebu,” Mayor Duterte said in a statement. —REPORTS FROM ERIKA SAULER AND KARLOS MANLUPIG