Over 50,000 evacuated in typhoon’s path in southern China 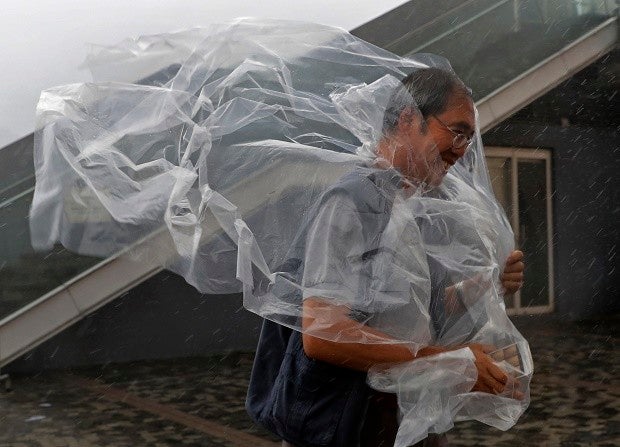 A man braves the wind on the waterfront of Victoria Habour as Typhoon Haima approaches Hong Kong, Friday, Oct. 21, 2016. Typhoon Haima churned toward southern China on Friday after smashing into the northern Philippines with ferocious wind and rain, triggering flooding, landslides and power outages. AP

BEIJING — More than 50,000 people in southern China have been evacuated in the path of Typhoon Haima, which killed at least 13 people in the Philippines before moving northward.

No deaths have been reported Saturday from the typhoon in China. Local authorities and state media say residents in the cities of Shanwei and Shantou, in China’s Guangdong province, were forced to move to safer ground as the storm hit Friday.

Haima triggered landslides and heavy flooding in the northern Philippines, but mass casualties appear to have been averted as more than 100,000 people fled to safety.

China suspended dozens of flights and train services in the south on Friday, and Hong Kong shut down schools and trading on the stock market.