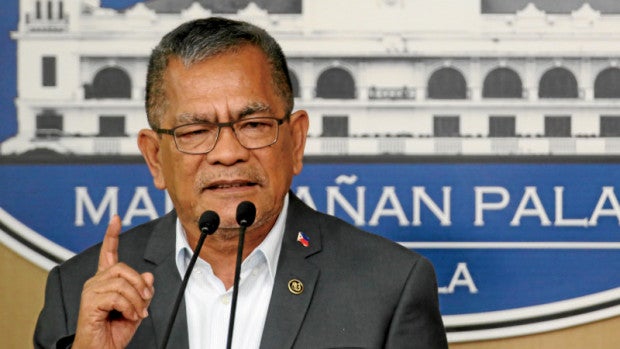 Interior Secretary Ismael “Mike” Sueno on Friday strongly condemned the violence the police committed during the dispersal of protesters at the rally in front of the American Embassy, calling on the Philippine National Police to conduct a thorough and transparent probe on the Oct. 19 incident.

“We call for thoroughness and transparency in the PNP’s probe of the events, and we condemn to the highest degree any violation of public safety, of the rights of the protesters,” the head of the Department of the Interior and Local Government (DILG) said in a statement.

“In the event that maximum tolerance was not observed and that there was endangerment of human life, the police are to be held fully accountable,” he said.

Sueno described video footages taken at the dispersal as “disturbing,” particularly the video where a PNP vehicle driven by PO3 Franklin Kho was seen running over some of the ralliers when the driver tried to maneuver away from an angry mob armed with sticks and batons.

The interior secretary also reminded the police to fulfill their duty to serve and protect the people even if their own lives would be put to risk.

“Remember that the mandate of the police is to serve and protect the people,” Sueno said. “You must hold that mandate sacred even if your own life is at risk. We do not tolerate any human rights abuse and we hope there will be clarity on the matter once the investigation results are in.”

He also echoed the sentiments of PNP chief Dir. Gen. Ronald “Bato” dela Rosa, who said he was saddened and angered by the actions of the Manila Police District (MPD) police at the rally.

Sueno added that a special investigation task group had been created under MPD director Senior Supt. Joel Coronel while parallel investigations were being conducted by the PNP’s Criminal Investigation and Detection Group and Internal Affairs Service.

He said the PNP was also closely coordinating with the Department of Social Welfare and Development and the Commission on Human Rights in responding to the needs and concerns of the protesters./rga

NCRPO chief to rally cops: We may be wrong, but we’re not bad men