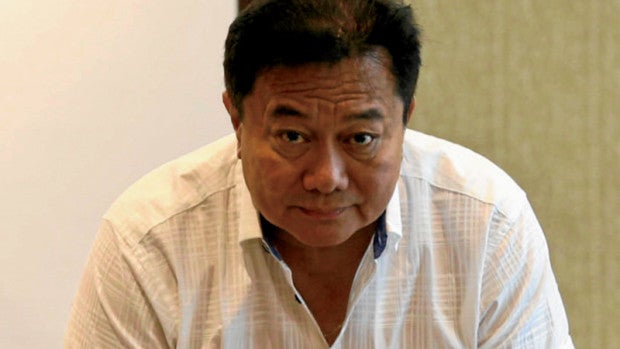 Speaker Pantaleon Alvarez on Friday said the 52 percent trust rating of the House of Representatives only motivated the lower chamber of Congress to work harder in fulfilling the administration’s legislative agenda.

Alvarez issued the statement in reaction to the latest Pulse Asia survey ratings that showed most respondents trusting the Senate and the House of Representatives, with trust ratings of 57 percent and 52 percent, respectively. Half of the Filipinos surveyed (50 percent) also trust the Supreme Court.

“With the Senate and the House of Representatives getting trust ratings of 57 and 52 percent, respectively, in the latest Pulse Asia survey, we believe that the House is on the right track in pushing the passage of meaningful laws that would impact positively and immediately on the lives of Filipinos,” Alvarez said.

The Speaker and staunch ally of President Rodrigo Duterte said the increase of the trust ratings to 52 percent, from 34 percent, only pushed the House to work better in crafting laws for the people.

“This big jump in the trust rating of the House of Representatives should spur us to work double-time as co-equal partners of the executive and judicial branches in governance,” Alvarez said.

He said the House fully supports the Duterte administration’s legislative agenda of amending the 1987 Constitution to pave the way for the shift from unitary to federal, as well as its campaign against drugs and criminality.

Congress, dominated by the President’s “supermajority” of allies, received a high trust rating at a time Duterte was receiving favorable survey results.

“The House of Representatives fully support the Duterte administration’s relentless campaign against illegal drugs and graft and corruption, its economic thrusts designed to lift Filipinos from the quagmire of dehumanizing poverty, and its planned shift from the unitary to a federal system of government,” Alvarez said.

“With President Duterte’s approval and trust ratings at an identical 86 percent, we have a leader who enjoys an unprecedented level of support from our people to forge ahead with real change,” he added. JE/rga