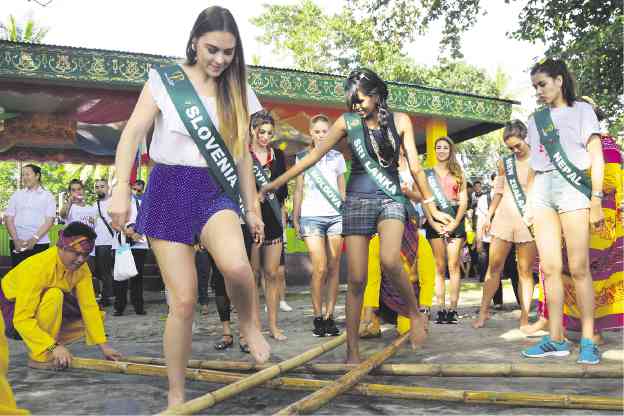 TUBOD, LANAO DEL NORTE—The visit of 10 candidates of the Miss Earth beauty pageant in Lanao del Norte province is expected to boost tourism promotion and improve peace and security status in the province that was once affected by decades-long conflict, Gov. Imelda Dimaporo said.

Dimaporo said the visit of the Miss Earth 2016 candidates on Sunday and Monday helped the province in its thrust to package itself as the “land of beauty and bounty” and showcase its culture.

“We are honored that 10 of the Miss Earth 2016 candidates took the time out to visit us. I hope that this is just the start of putting Lanao del Norte on the map as a prime tourist destination,” she said.

Dimaporo said the visit will help Lanao del Norte shed off the tag of being a conflict-ridden area because of fighting between Moro rebels and government forces in the past.

During their two-day stay here, the candidates went to some of the province’s tourist destinations, like the Tinago Falls, and helped local government officials plant trees in Mt. Torong-torong.