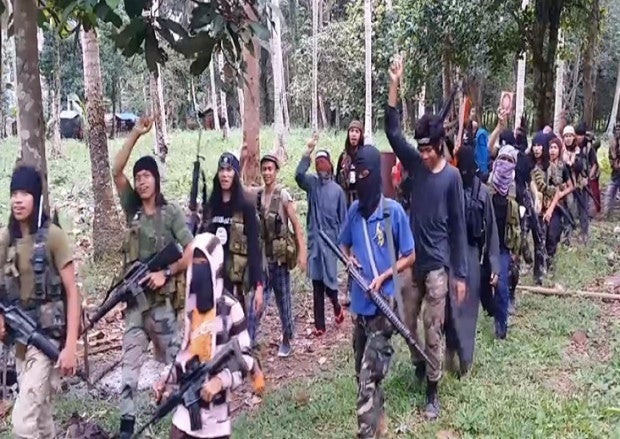 With the full backing of President Duterte, the Armed Forces of the Philippines intensified its all-out war against the Abu Sayyaf Group (ASG), neutralizing 94 ASG members during 54 clashes.

AFP chief Gen. Ricardo Visaya said at least 56 ASG members were killed in the military operations, 21 surrendered, 12 were either captured or arrested and five were wounded.

ASG leaders Nelson Muktadil, Braun Muktadil, and sub-leader Mohammad Said were among the terrorists killed and their bodies were recovered in intense combat and ensuing search and retrieval operations.

Three other ASG leaders were also killed but were not identified because their bodies were dragged by their fleeing comrades. However, military informants reported that the bodies had been buried in known locations in keeping with Muslim customs.

In his recent report to Defense Secretary Delfin Lorenzana on the AFP’s accomplishments during the first 100 days of the Duterte admininistration, Visaya said the military conducted 579 massive focused operations, 426 of which were directed against bandits and allied terrorist groups.

A similar crackdown against terrorist groups in Central Mindanao was launched through the conduct of  44 combat operations against the Bangsamoro Islamic Freedom Fighters (BIFF) and other foreign and local terrorists, particularly the Maute Group.

The crackdown resulted in the neutralization of 50 personalities and the confiscation of a large cache of high-powered firearms, ammunition, and various other materials and equipment for making improvised explosive devices (IEDs).

The incessant drive to ferret out and bring to justice the perpetrators of the deadly bombing of the Davao City Night Market on Sept. 2 likewise yielded breakthrough results.

On Oct. 4, or 32 days after the incident, three Maute members were arrested. TJ Tagaya Macabalang, Wendel Apostol Facturan, and Musali Mustafa were collared in a checkpoint in Cotabato City.

At 2 a.m. on the same day, Teng Mustafa, father of Musali, was arrested by combined military and police operatives who were armed with search warrants. Confiscated from the elder Mustapha were high powered firearms and IED materials.

The AFP’s sustained combat and noncombat military operations backed by police, government officials, and local residents also led to the release or escape of 14 kidnap victims, leaving only 12.

During the first 100 days, the AFP supported the President’s quest for a just and lasting peace through the observance of a unilateral ceasefire and the institution of incipient conditions conducive to peace talks between the negotiating panels from the government and the Communist Party of the Philippines-New People’s Army-National Democratic Front (CPP-NPA-NDF).

Armed confrontation between the AFP and the New People’s Army stopped immediately after the President restored the declaration of a ceasefire on Aug. 21 after lifting it due to violations from the rebel group.

A Joint Letter of Instruction signed on Aug. 24 made the AFP an active partner of the Philippine National Police in the war against illegal drugs, along with the Philippine Drug Enforcement Agency, National Bureau of Investigation, and other law enforcement agencies.

The AFP also supported the implementation of the PNP’s Oplan Tokhang.