Sex and power, a career-ruining combination 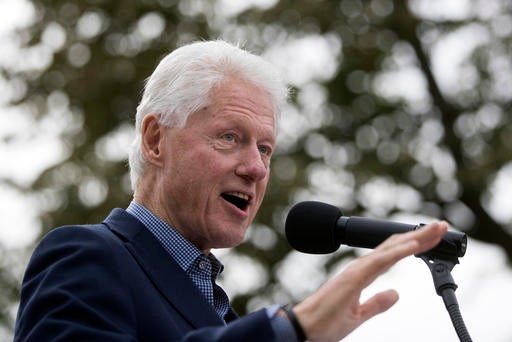 WASHINGTON—Claims of sexual misconduct against US presidential candidate Donald Trump are grabbing headlines worldwide, but it’s nothing new in a world where sex and politics are all too frequent bed-fellows.

In May 2011, International Monetary Fund chief Dominique Strauss-Kahn — at the time a front-runner for the French presidency — was arrested in New York after being accused of trying to rape a hotel chambermaid.

He lost his IMF job and his dreams of the presidency were dashed. The case was eventually settled in a civil suit.

Strauss-Kahn also faced an embarrassing trial in France last year, in which he was accused of involvement in a prostitution ring.

Although he said he was unaware the women were prostitutes and was found not guilty, the trial involved a tortuous blow-by-blow account of his rapacious sexual habits.

He was accused of paying Karima El Mahroug, a 17-year-old dancer known as “Ruby the Heartstealer”, for sexual services in 2010, and of pressurizing police to get her released after she was arrested on suspicion of theft while he was premier.

In June 2013 he was found guilty of paying for sex with an underage prostitute and of abuse of power in the “Rubygate” scandal.

He was sentenced to seven years in prison, but he appealed the sentenced and it was quashed before he spent any time behind bars.

Former US president Bill Clinton at first denied his affair with White House intern Monica Lewinsky but later acknowledged it.

The scandal ultimately led to his impeachment by the House of Representatives, although he was later acquitted by the Senate.

Trump has labelled his Democratic rival Hillary Clinton an enabler of her husband’s infidelities, holding a press conference just before last week’s presidential debate with three women who have previously accused Bill Clinton of sexual misconduct. The allegations are unproven.

The former Israeli president was sentenced in 2011 to seven years in prison for rape as well as sexual harassment and obstruction of justice, in a scandal that rocked Israel.

He was convicted of the rape of two aides while he was tourism minister in the 1990s. Katzav, who was president from 2000 until his forced resignation in 2007, has repeatedly protested his innocence.

He was refused early release earlier this year.

South African President Jacob Zuma, elected in 2009, was tried for rape before he took office.

At his 2006 trial, Zuma claimed the sex he had with a 31-year-old family friend was consensual, and he was acquitted.

He was head of South Africa’s national AIDS council at the time and sparked an uproar by telling the court he had simply showered to avoid contracting HIV after having unprotected sex with his HIV-positive accuser.

He is still mocked over the case in newspaper cartoons — where he is often depicted with a shower nozzle sprouting from his bald head.