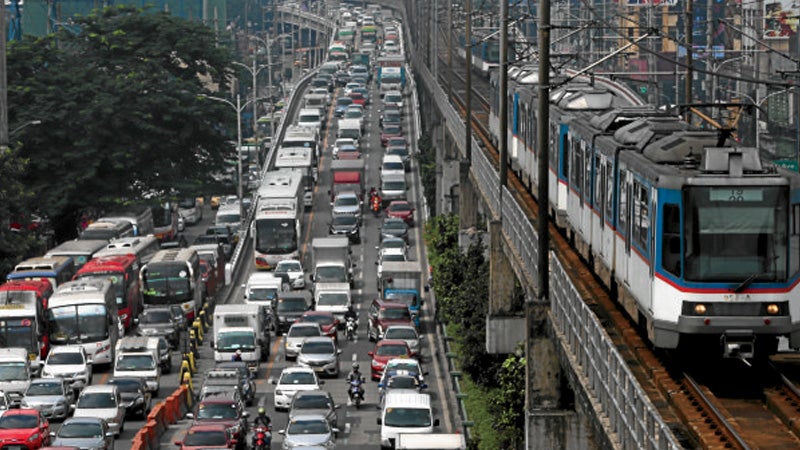 Only Metro Manila, Cebu and Davao will be covered by the emergency powers sought by the Duterte administration to address the traffic crisis, according to the chair of the House transportation committee.

Catanduanes Rep. Cesar Sarmiento said his committee found after a series of hearings and consultations that the traffic crisis was actually confined to these three major urban centers and only on land.

“There is no maritime or aviation crisis to speak of. The crisis is not in our ports and airports but on the roads supporting such ports and airports,” he said at the resumption of his committee’s hearing on Monday.

He castigated the Department of Transportation (DOTr) for submitting an “incomplete” report and failing to define the scope of the traffic crisis, and for its apparent confusion on which projects were covered by the measure.

“It is a time-honored principle, even acknowledged by our courts, that the findings of administrative agencies are accorded great respect by reason of your special knowledge and expertise. Sorry to say this but sadly, on this particular instance, we hope for a better performance,” he said.

Sarmiento noted that the committee needed to do its own research “given DOTr’s incomplete proposal.”

The panel chair added that DOTr seemed to “be confused on the specific powers it needs.”

“We helped you understand that you already have the power to effect change in the transportation sector. When we studied your proposals, most of the powers that you want are either included in your mandates or already addressed by existing laws,” Sarmiento said in remarks addressed to the DOTr.

Sarmiento also chided the DOTr for having no reorganization plan and no proposed negotiation procedure for the projects that should be exempted from public bidding.

The DOTr also was not prepared with a list of projects that it wished to be protected from temporary restraining orders or preliminary injunctions issued by the courts, except by the Supreme Court.