IN THE KNOW: Jaybee Sebastian 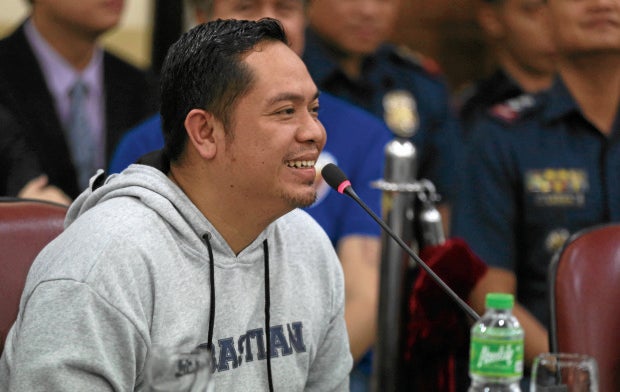 Jaybee Niño Sebastian, 36, a third-year college dropout, has shown leadership qualities since the day he was captured and detained 15 years ago for kidnapping and car theft.

He first landed in the National Bureau of Investigation’s detention center. A month later, he was clapped at Manila City Jail. There, a few days later, he became overall adviser of the Sigue Sigue Commando gang. He was dispatched to the maximum  security unit of New Bilibid Prison (NBP) upon his conviction in 2009.

At NBP, Sebastian headed Presidio, supposedly one of two drug operators there. His archrival, Herbert Colanggo, a convicted kidnapper, is said to be the leader of the other group, Carcel.

As leader of the Commando gang, Sebastian was allegedly used by drug lords to eliminate distributors who failed to remit proceeds from drug sales inside and outside NBP.

His activities had been repeatedly detailed in the three previous congressional hearings, which began on Sept. 20, on the alleged transformation of NBP into a billion-peso nerve center of what President Duterte called an illegal drug “pandemic.”

Justice Secretary Vitaliano Aguirre II said Sebastian had directed a three-year fund-raising campaign for the May candidacy of Sen. Leila de Lima, in exchange for his drug operation at NBP during her term as justice secretary of then President Benigno Aquino III.

Sebastian had served as a government “asset” on drug syndicates in NBP that led to the December 2014 raid and the transfer of 19 top gang leaders to the NBI detention center, according to De Lima.

He was one of the four inmates wounded in a stabbing incident on Sept. 28 in Building 14 of NBP that left Chinese drug lord Tony Co dead. The government dismissed claims that the riot was a move to stop Sebastian from testifying on the illegal drug activities in NBP.

Read Next
Ramos’ remark on Duterte fatherly advice, says Palace
EDITORS' PICK
97% of COVID-19 beds at PGH currently occupied
Gear up and get ready to play with Yamaha Mio Gear
Acer starts the year off strong with the Aspire Vero National Geographic Edition
Japan brings back virus restrictions over Omicron surge
Over 3 Million worth of prizes to be won at Smart Padala’s SENDali Manalo Promo!
Uproar over no vax, no ride policy: Maybe it’s time for gov’t to say sorry—Bello
MOST READ
1Sambayan names 7 aspirants in its 2022 Senate lineup
Emma Stone calls Andrew Garfield a ‘jerk’ after he ‘lied’ about his ‘Spider-Man: No Way Home’ appearance
Guevarra to Acosta: Obey rules on unvaccinated
Commuters affected by ‘no vax, no ride’ policy may file class suit —Lacson
Don't miss out on the latest news and information.