newsinfo / Nation
Nation
THE NEXT 100 DAYS 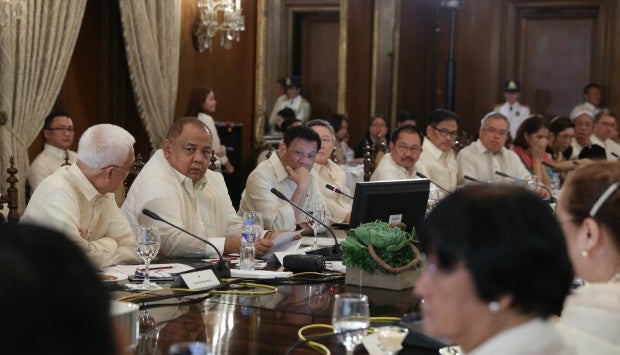 How to assess the performance so far of President Rodrigo Duterte’s Cabinet officials and other appointees? Inquirer Research reached out to political scientists to find out.

“The President’s men know that the focus is on the President and the government,” said Edmund Tayao, political science professor at the University of Santo Tomas. “They’re not perfect, but you know they’re speaking for the President.”

For Ateneo de Manila political science instructor Carmel Abao, it may be too early to tell. “It may be too early to assess the performance of his Cabinet but what is obvious is that the selection process of the Cabinet members was no different than the selection process employed by previous administrations—i.e. a collection of campaign supporters, no vetting process,” she noted.

Even then, Abao said one could tell whom among the Cabinet officials are performing well—and who aren’t.

“And there are those who seem focused only on immediate instructions of the President rather than on departmental concerns, like Secretary Vitaliano Aguirre, whose Department of Justice has focused only on Sen. Leila de Lima and the drug-related developments,” she added.

For Tayao, the standout member of the Cabinet is President Duterte’s chief legal counsel Salvador Panelo, whom he said “often confuses the public with what he says and is somewhat flamboyant.”

“He is better off doing other things other than speaking for the President. The rest are doing fine so far,” Tayao said.