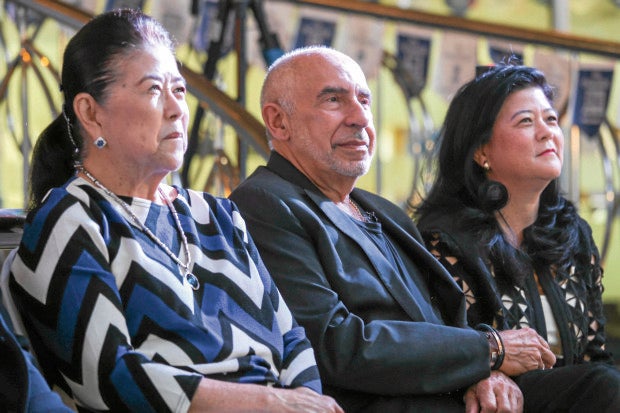 It is, indeed, a moment of joy, and a historical one at that, for the Philippine Daily Inquirer, as it enters this new chapter in its 30-year, vibrant history.

Newspapers and their readers become family. Newspapers and the regions and countries in which they circulate create strong bonds, with the journalistically sound press recording the daily occurrences that are part of our lives—the good and bad deeds of people, the natural catastrophes, the ins and out of politics and politicians—and, in some cases, playing the role of the watchdog that keeps institutions and those in charge of running them in check.

The Philippine Daily Inquirer is and has been all of that for the Filipino people.  When the Inquirer comes to the homes of its readers in the morning, it is as familiar as what’s on the menu for breakfast, or the sun shining through the kitchen window.

Today, the Inquirer is not just on the breakfast table, but on mobile devices, on PCs and on the watch that the readers adjust on their wrist on the way to work as well.

That is why I feel so honored to have been part of this rethink for the Inquirer. In a career that spans 42 years, with more than 700 projects in 120 countries, the Inquirer is my 709th project and, I’m proud to say, my first one in the Philippines.

What a terrific team I have had to work with: young, eager to learn, well versed in how we tell stories in the digital age and the 21st century and, more important, now giving it all so that the Inquirer that hits the streets today will be the best ever. A proud moment for the Philippines and for the Inquirer’s readers.

The new Inquirer responds to the needs of how a printed newspaper with a great journalistic tradition and a brand that is equal to none for excellence and for its role in investigative reporting adapts to the digital revolution.

These are not easy times for newspapers globally.  But because these are challenging times, they also afford publishers the best window into change and adapting to the future of how stories flow in the digital age, publishing in 24/7 cycles across various and very different platforms.

And, while some print editions of newspapers disappear, new printed newspapers are born, redesign projects are still on tap for newspapers around the globe and print is still a force to deal with, as the new Inquirer shows.

Yet, as I tell my clients around the globe, including the Inquirer, in the current media environment print is not the protagonist.  It plays a secondary role. But it’s still in the game and, as I often hear from newspapers around the globe, “it’s still the cash cow, where the major money is made.”

Research shows that many readers consult two to three platforms in the course of a day: They may start their day looking at the headlines of the Inquirer on their smartphone, but then grab a copy of the printed newspaper while having coffee, and then turn to the PC to read the Inquirer online edition at work.

Advertisers like print, but they are also moving fast to digital platforms, where, especially millennials—those readers 25-35 years old tend to gravitate.

According to Global Digital Media Partners, digital media continues to escalate to the No. 1 adspend category worldwide in 2015, following surges in mobile, video and social media usage patterns.

Nonetheless, publishers are coming to terms with the role of print as part of the media quintet and, in my experience, more than redesigns, printed editions are undergoing total rethink as has been the case with the Inquirer.

My current projects include rethinking of print at various newspapers: India’s Mint, the financial daily, adopted a broadsheet format (from Berliner); Norway’s Aftenposten has gone digital first, but maintaining the newspaper as a more analytical, feature, lean back read.

In Argentina, I have worked with the regional daily La Voz to help the team switch from a broadsheet to a Berliner format.

Now I am ready to present the Philippine Daily Inquirer after 18 months of considering how the contemporary newspaper should appear in print, both visually and journalistically.

Each of these projects is different in the scope and intent of what the publishers and editors wish to  accomplish.

Sometimes, it is a reshuffling of sections (often combining content and eliminating too many separate sections, especially Monday through Friday), or beefing up weekend editions (which I highly recommend), creating new content and, most important, tying the print edition visually to all the other platforms.

At the core of it all is how a newsroom manages the flow of news in the digital age, separating the role that each platform plays.

For print, headlines that advance the story which the reader already knows, longer narratives that inform and analyze the news of the day, fewer briefs (let mobile handle the compact items), better display of photographs, and a visual experience that will entice readers to come back for a few minutes each day to read the printed version of the newspaper.

Advertising, too, plays a role, with more  innovative positions and opportunities for advertisers, such as wrap-around ads that are not possible on digital platforms.

Basically, and you, the readers, will be witnesses to this, what the Inquirer team introduces now is its tradition of credible, authoritative journalism, in formats that take into account that we live in the digital age, where stories are consumed in the midst of what I call the journalism of interruptions and everywhereness, through a variety of platforms.

The Philippine Daily Inquirer now joins the many news organizations globally that improve their game, update their storytelling models for the era of the media quintet and take giant leaps to serve their audiences better, regardless of platform.

(Editor’s Note: Dr. Mario Garcia Sr. is CEO and founder of Garcia Media, a global media consulting firm, and senior adviser on news design/adjunct professor at Columbia University School of Journalism.  His projects can be viewed at garciamedia.com.)