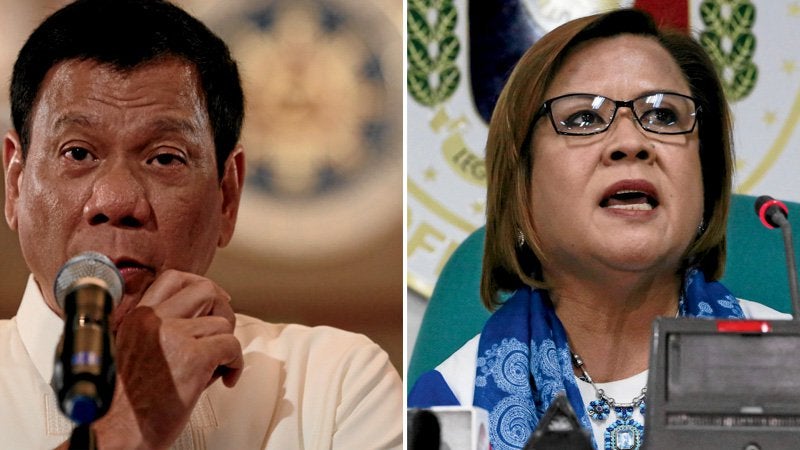 MANILA — Malacañang said on Wednesday President Rodrigo Duterte stood by his statement that the woman he saw in a sex video with her alleged lover was Senator Leila de Lima, even after his allies, Speaker Pantaleon Alvarez and Justice Secretary Vitaliano Aguirre II, had backed out of their previous stand to show the video in the hearing of the House committee on justice.

In several public speeches, Mr. Duterte claimed that he saw the De Lima video, which has been the subject of rumors during the election campaign, and prompted him to say:  “She was not only screwing her driver, she was screwing the nation.”

In a speech in Malacañang last September 26, Duterte said: “Every time I watch the video, I lose my appetite. Only people who will fall for her are … I am not a guard or a motorcycle cop or convict,” said

Asked if Duterte was standing by his remarks that he saw de Lima in the sex video, Abella said: “That is his statement.”

When asked if the President could have been misled in believing the authenticity of the sex video, Abella said: “I’m not aware. I cannot have any opinion on the matter whether he was misled or not. Let’s leave it at that. “

Asked if Duterte was standing by his remarks that he saw de Lima on the sex video, Abella said: “That is his statement.”

Earlier, Aguirre and Alvarez supported the showing of the sex video to establish an illicit relationship between De Lima and her former driver, Ronnie Dayan, whom President Duterte has accused of collecting drug protection money for De Lima from the Bilibid’s maximum security prisoners.  SFM