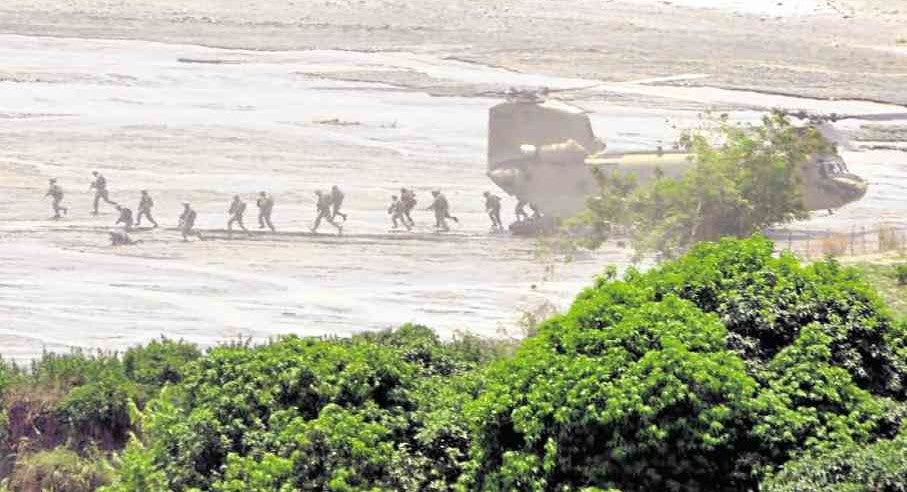 CITY OF SAN FERNANDO—Citing the safety and ancestral land rights of Aetas and upland farmers, Tarlac Rep. Noel Villanueva has opposed a plan of the military to transform the Crow Valley gunnery range (CVGR) in Capas town for international military use, and has proposed its transfer instead to the Basa Air Base in Pampanga province.

Speaking to the INQUIRER on Saturday, Villanueva said he gave his recommendations during the budget hearing for the Department of National Defense on Sept. 27.

He said he also relayed his suggestions to President Duterte in a letter on Aug. 10.

The Armed Forces of the Philippines has reiterated the “legality of its administration and control of the CVGR complex,” in a document it sent to Villanueva recently.

The CVGR is “Zone C” of the former Clark Air Base in Pampanga and Tarlac, part of the base lands leased to the United States military under the Philippine-US Military Bases Agreement, which the Senate had not extended in September 1991.

Spanning more than 18,000 hectares, the CVGR is under the control of the Philippine Air Force. Live firing and bombing exercises have resumed there since 1999 under the Visiting Forces Agreement between the Philippines and US.

But Aetas have pending ancestral domain claims over these lands and have used the area to access Mt. Pinatubo, a sacred site of their mountain deity and a popular trekking destination from which they earn a living.

Villanueva said turning CVGR into an international gunnery would lead to the “massive dislocation” of residents in the villages of Sta. Juliana, Patling, Maruglu and Bueno in Tarlac.

In a resolution he filed in 2014, Villanueva asked Congress to investigate an outpost of the PAF that supposedly stopped residents in the mountain villages from bringing construction materials to repair their houses or taking down crops for sale in the lowlands.

He said the AFP had told him that it had formed a technical working group to address issues “particularly the presence of the Aetas within the gunnery range danger zones.”

“I hope President Duterte would take a closer look at the plight of the Aetas, and move toward the recognition of their right to their lands, so that they may forever live undisturbed on these lands that their forefathers had nurtured,” he said. Tonette Orejas, Inquirer Central Luzon