Trump’s habit of fuming over slights comes at political cost 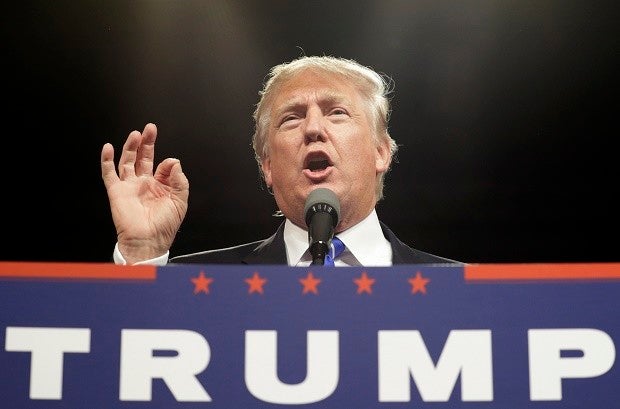 NEW YORK — Donald Trump’s five-day feud with a former beauty queen is only the latest example of his insistence on airing and re-airing his grievances no matter the political cost.

The Republican nominee’s brash, confrontational style has thrilled his millions of supporters, who have cheered the celebrity businessman’s tenacity and thirst for verbal combat. He bragged in the early weeks of his campaign last year, “When people treat me unfairly, I don’t let them forget it.”

Critics say that stubborn refusal to back down is born of a thin skin and overwhelming pride — and it gets him into political trouble again and again. He repeatedly brings up perceived slights, breathing new life into damaging storylines, instead of making the politically savvy calculation to move on.

Other feuds that have dogged his campaign:

The 1996 Miss Universe winner has been at the center of the campaign since Democrat Hillary Clinton noted in this week’s debate that Trump had ridiculed the Venezuela-born actress for gaining weight and dubbed her “Miss Piggy” and “Miss Housekeeping.”

Trump fumed on stage and the next morning, in an interview, said that Machado’s “massive” weight gain had been “a real problem” for the pageant, which he then owned. As Machado did a series of interviews attacking Trump, the celebrity businessman and his allies hit back, prolonging the story’s lifespan.

READ: A Miss Universe insulted by Trump steps up for Clinton

And then Trump took to social media before dawn Friday to unleash a tweetstorm on Machado, saying she had a “terrible” past that a “duped” Clinton had overlooked before holding her up “as an ‘angel'” in the first presidential debate. He also accused the Democrat’s campaign of helping her get US citizenship but offered no proof.

“Did Crooked Hillary help disgusting (check out sex tape and past) Alicia M become a US citizen so she could use her in the debate?” read a missive from Trump posted on his verified Twitter account at 5:30 a.m.

Clinton later Friday ripped Trump, calling the series of posts “unhinged, even for him.”

Khizr and Ghazala Khan, a Muslim-American family whose son, Capt. Humayun Khan, was killed while serving in Iraq in 2004, became one of the most dramatic moments at July’s Democratic National Convention.

Khzir Khan denounced the candidate’s plan to temporarily ban Muslim immigrants from entering the United States, accused Trump of sacrificing “nothing and no one” and produced his pocket copy of the Constitution while suggesting Trump had never read it.

Trump hit back in an interview days later — he implied that the soldier’s mother stood silently alongside her husband during the speech because her religion restricted her from speaking — and then returned to it on social media.

“Mr. Khan, who does not know me, viciously attacked me from the stage of the DNC and is now all over TV doing the same – Nice!” he tweeted.

The back-and-forth between the nominee and the Khans rapidly escalated, prompting several top Republicans and the Veterans of Foreign Wars, a nonprofit service organization with 1.7 million members, to denounce Trump, whose poll numbers soon sank.

In May, Trump said that the federal judge presiding over a lawsuit brought by former Trump University students had an “absolute conflict” in handling the case because he is “of Mexican heritage.”

Trump, who at the time was the presumptive Republican nominee, claimed that US District Judge Gonzalo Curiel — he was born in Indiana — had “an inherent conflict of interest” because Trump plans to build a wall along the border between the US and Mexico.

Trump’s comments were condemned by Democrats and Republicans alike. House Speaker Paul Ryan described what Trump said as the “textbook definition of a racist comment.”

The episode lingered for days, and while Trump eventually released a statement saying his comments were being “misconstrued,” he did not apologize or suggest that Curiel was treating him fairly.

Trump University is the target of two lawsuits in San Diego and one in New York that accuse the business of fleecing students with unfulfilled promises to teach secrets of success in real estate.

Trump earlier this month visited Flint, where he intended to further his recent pitch to African-American voters while highlighting how the federal government had failed the impoverished city. But in a speech to a traditionally African-American church, he was cut off, chastised and then heckled after he began to attack Clinton.

“Mr. Trump, I invited you here to thank us for what we’ve done in Flint, not give a political speech,” said the Rev. Faith Green Timmons, the pastor of the Bethel United Methodist Church.

The Republican nominee stopped, then said: “OK, that’s good. Then I’m going to go back to Flint” and its water crisis that had sickened its citizens.

But Trump went after the pastor the next morning during a “Fox and Friends” interview. He claimed that the pastor was “a nervous mess” and accused her of having a political agenda while insisting that he thought “something was up.”

A day after accepting the Republican presidential nomination at his party’s convention, Trump suddenly pivoted back to the GOP primaries, choosing to re-litigate a pair of months-old battles with rival Ted Cruz.

In what should have been a feel-good victory lap the morning after his thundering acceptance speech, Trump instead defended his decision to retweet an unflattering photo of Cruz’s wife, Heidi, and returned to wondering about possible links between Cruz’s father and President John F. Kennedy’s assassin.

“All I did was point out the fact that on the cover of the National Enquirer there was a picture of him and crazy Lee Harvey Oswald having breakfast,” Trump said in front of a group of bewildered supporters in Cleveland. “Did anybody ever deny that was the father? They’re not saying, ‘Oh, that wasn’t really my father.’ It was a little hard to do. It looked like him.” Actually, Cruz had ridiculed the idea as “nuts.”

He also declared that, two days after Cruz was loudly booed at the Republican National Convention for not endorsing the new nominee, he would never accept the Texas senator’s backing.