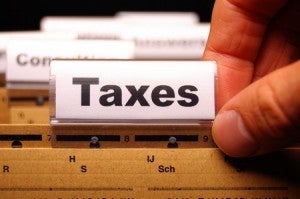 MANILA — Alongside lower income tax rates but higher consumption taxes, the Department of Finance (DOF) would push for massive tax amnesty in four areas as part of its tax policy reform program.

Finance Secretary Carlos G. Dominguez III told a tax reform dialogue Wednesday night that the DOF was thinking of amnesty for taxpayers with deficiencies in payments of property taxes, estate taxes, regular taxes (such as income taxes and value-added tax or VAT), as well as amnesty on pending cases in courts.

Dominguez said they were looking at settlement through payment of a minimum of 40-percent basic tax as amnesty tax.

The finance chief said the amnesty program would be legislated “to clear up all tax cases.”

Dominguez earlier said he wanted to see the estate tax rate of 20 percent be cut to as low as 6 percent of the value of the property being transferred.

Such lower estate tax rate would put it on a par with the tax level for capital gains, which, at present, is the preferred method of transferring assets from a property owner to his heirs.

“The end result is that a grieving family will be spared the further anguish of paying high estate taxes which often delay the distribution of the assets to the heirs. This tax hurdle, plus unfamiliarity with estate taxes and cultural avoidance to discuss death-related affairs, has led families to delay settling the estate, resulting in huge penalties and surcharges while use of assets is not maximized,” Angara, who chairs the Senate ways and means committee, had explained.

Citing Bureau of Internal Revenue data, Angara had said just seven in every 100 deaths settled estate taxes, such that total payments accounted for a mere one-sixth of a percent of the BIR’s tax take.

Finance Undersecretary Karl Kendrick T. Chua told reporters that the planned tax amnesty would be complementary to the first reform package, a proposed bill for which was already submitted to both houses of Congress.

The first of the now six tax policy packages would adjust tax brackets to correct “income creeping”; reduce the maximum personal income tax rate to 25 percent over time, save for the “ultra rich” who would be slapped a higher 35 percent from 32 percent at present; and shift to a simpler modified gross system.

As lower personal income taxes would result into foregone revenues estimated at P180.3 billion by 2019, the DOF plans to offset and gain P377.3 billion by expanding the VAT base by limiting exemptions to raw food, education and health products and services; increasing the excise slapped on all oil products and indexing them to inflation; as well as jacking up excise on automobiles.

The government stands to generate a net revenue gain of P197 billion from the first package by 2019.

The DOF was eyeing targeted programs similar to the existing conditional cash transfer program to shield the poor and vulnerable to higher consumption taxes, which would bring about higher prices of goods.

The first package would also include tax administration reform measures, including legislation to relax the bank secrecy laws for tax fraud cases, as well as including tax evasion as a predicate crime to money laundering.

In a presentation at a tax forum organized by the Senate Tax Study and Research Office on Thursday, Chua said the plan to legislate a final amnesty would be “absolute” in the sense that availment would clear all tax dockets in the bureaus of Customs, Internal Revenue, and in courts.

Once legislated, there would no longer be further tax amnesty for the next 25 years, the Finance official said.

The DOF planned to impose a higher amount for delayed amnesty payments, he said.

It also plans to allow compromise for cases pending before the Court of Tax Appeals that have assessments, while those without assessments would have to pay 5-percent tax on net worth.

As part of its tax policy reform proposal, DOF plans to lower the rate of the estate and donor’s tax, and also bring down transaction taxes on land such as DST, transfer tax and registration fees.

To compensate for lower property tax, the DOF wanted to centralize and rationalize the valuation of properties, increase valuation closer to market prices, as well as review valuation every three years and it accordingly.  SFM