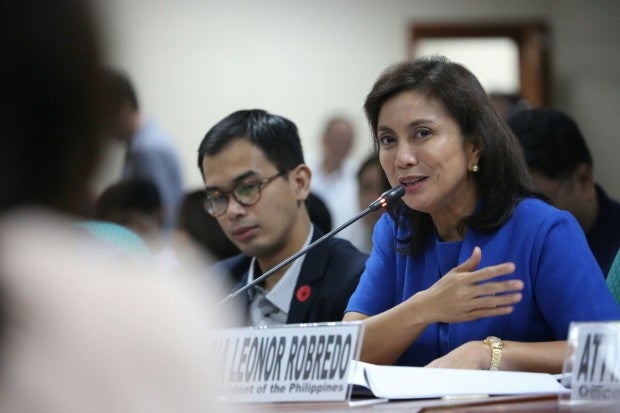 Vice President Leni Robredo on Thursday said she was “profoundly disturbed” by the plan of House lawmakers to show the alleged sex video of Senator Leila de Lima to prove that she had an affair with her former driver who reportedly collected pay-offs for the then Justice Secretary from drug lords in Bilibid.

The Vice President, a party-mate of De Lima, said it is “critical” that members and leadership of the House “keep the proceedings calm, sober, and objective as the investigation proceeds.”

“I am concerned by the news that, as part of this investigation, there is a plan to show a supposed video of an incumbent Senator engaged in an intimate act,” Robredo said in a statement.

“As a former legislator, I fail to see how this will contribute to a substantial discussion of the issues being taken up,” she said.

“As a lawyer, I believe that this act may be in violation of penal laws. And as a long-time advocate for human and women’s rights, I am profoundly disturbed by a proposal that amounts to the public shaming of a woman and the infliction of grave harm on her dignity as a human person.”

She also urged the members of the House, including her former colleagues in the previous Congress, to “do our utmost to maintain a rational and respectful level of discourse, with the same passion that we zealously pursue the truth.”

“Let us work together to establish a culture of respect and professionalism, both in government and in the larger sphere of public discussion. I have every faith that we will be up to this challenge,” she said.

Speaker Pantaleon Alvarez approved the showing of De Lima’s purported scandal during the House’s inquiry on the illegal-drug trade at the New Bilibid Prisons.

De Lima, a staunch critic of President Duterte, was accused by the President himself of receiving money from drug lords in Bilibid to fund her senatorial campaign last May.

Alvarez said the sex video was the “only material evidence” to prove that the former Justice Secretary had a relationship with her driver Ronnie Dayan.

Duterte said in one of his speeches that De Lima’s alleged lover collected drug money at Bilibid. TVJ