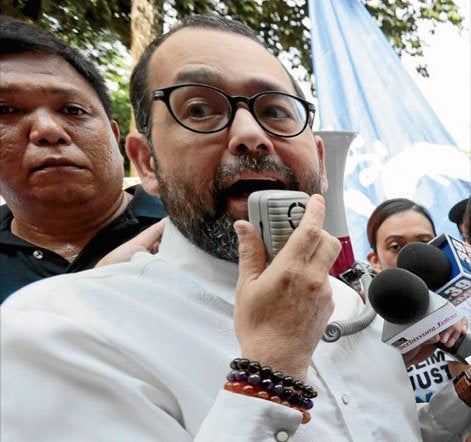 MANILA — A number of people have sought the protection of the Commission on Human Rights (CHR) in connection with the ongoing Duterte administration’s war on drugs, CHR chair Chito Gascon said on Thursday.

But Gascon told the Senate finance subcommittee hearing the CHR’s proposed 2017 budget of P496 million, and later to reporters, that its P500,000 budget for its Witness Protection Program (WPP) was not enough.

“This needs to be increased so we can meet the demand of witnesses,” he told reporters.

He said Sen. Panfilo Lacson, subcommittee chair, was open to their request.

Gascon said the number of people seeking to be included in the CHR’s Witness Protection Program increased in 2015 and the number further increased since the new Duterte administration  implemented its anti-drug campaign.

He said that for various reasons, some of those seeking protection did not want to join the Witness Protection Program of the Department of Justice.  SFM/rga