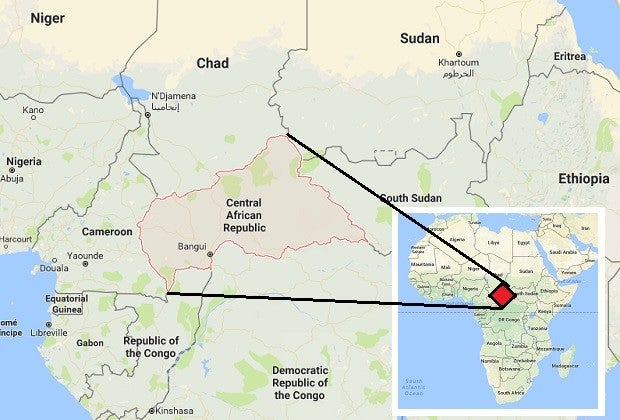 “We have logged 10 deaths out of 19 patients,” in the southern province of Basse-Kotto, said Dr Joachim Tenguere of the public health emergencies operations centre.

Further deaths have been reported from other villages in Haute-Kotto,the country’s largest province.

Preparations are being made for a rapid intervention team to be sent to the area to help those affected cope with the monkeypox outbreak, Tenguere added.

The first symptoms of monkeypox are aches, pains and a fever. A bumpy localized rash then appears on any part of the skin. This lesion gradually falls off.

The highly contagious disease usually strikes in remote rural areas surrounded by rainforests although the chances of catching it are very slim, according to experts.

As well as monkeys, African squirrels are among the main carriers of this lethal virus, which was first discovered by scientists in the Democratic Republic of Congo in 1970.

Some fatal cases of the disease were detected in neighboring DR Congo several months ago.

The Central African Republic has already been hit by a cholera epidemic which has left 19 people dead, The authorities believe they have managed to stop the spread of cholera. CBB