Deadly riot in Bilibid will create distrust among inmates—Dela Rosa 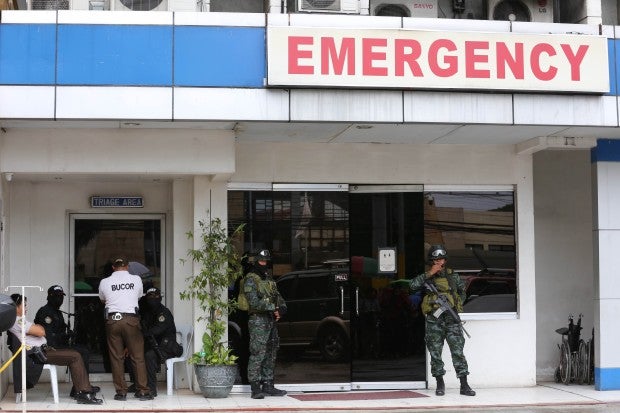 “Nagulat ako bakit sila nagpapatayan (I was surprised they were killing each other),” Dela Rosa said in an interview at the Asian Defense Security and Crisis Management Exhibition and Conference held at the World Trade Center in Pasay City on Wednesday.

But he said the upside of the violent scuffle was that it would create distrust among the inmates.

“That will create distrust among them. So magkakaroon sila ng pagdududa sa bawat isa who is who now inside the Bilibid,” he said.

(So they will have doubts on each other.)

Asked if the Special Action Force (SAF) had explained to him why the inmates managed to keep weapons, Dela Rosa said an investigation will be conducted to get to the bottom of the incident.

“I hope they will come up with a very good investigation kung ano ang nangyari doon (on what happened there),” he said.

Some 300 elite SAF troopers were deployed to the national penitentiary to enforce tighter security inside Bilibid to help rid the facility of corruption.

The SAF had been conducting regular search for contraband, particularly inside the Building 14 where high-profile inmates are detained.

The riot happened inside Building 14 started after convicted police officer Clarence Dongail confronted Tony Co’s group who were allegedly having a pot session (smoking marijuana and passing a stick around) inside their cell.

Tony Co reportedly went to the cell of Jaybee Sebastian and Dongail and stabbed the latter, sparking the riot.