LARGE-SCALE miners yesterday decried the results of the audit by the Department of Environment and Natural Resources (DENR), as eight of them face possible suspension of operation.

Ronald Recidoro, vice president for policy at the Chamber of Mines of the Philippines (COMP), said in a statement the audit “was done in a punitive manner rather than objectively.”

“Our member-companies will comply with the seven days given them to address the issues raised against their operations,” Recidoro said.

He said the chamber was standing by its member-companies. “We are optimistic that these alleged violations will be addressed properly and in a timely manner.”

The lawyer said there should have been a dialogue between companies and the DENR, considering that the audit was finished in August.

“As early as August, the alleged violations could have already been addressed instead of setting a trap for suspension,” he said.

The chamber earlier said the audit was “not totally impartial” due to the presence of antimining civil society organizations in the audit teams.

Still, Recidoro said chamber members with show-cause orders were receptive to the call of Environment Secretary Regina Lopez to dialogue with her office.

In a separate statement, Benguet Corp. took exception to the audit findings, which called out the company for the nonrehabilitation of the Antamok open pit.

Benguet Corp said it was continuously exerting efforts to initiate projects, including converting the pit into a bulk water project or a waste-to-energy facility.

“Local government units have in fact requested and endorsed the pursuit of the projects, signing memorandum of agreements with (Benguet) as early as June 2016,” it said. 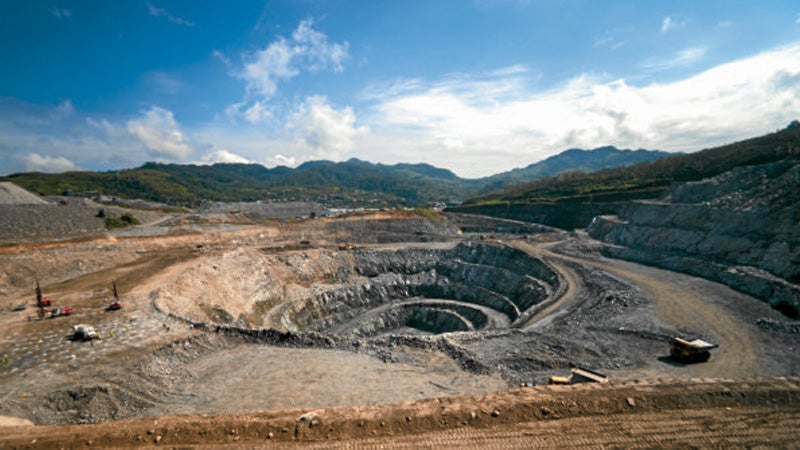 “While (Benguet) recognizes there was delay in the rehabilitation of the open pit for reasons beyond its control, it has not abandoned it,” it added.

OceanaGold said its Philippine subsidiary had not received any formal order from the DENR, and that it was seeking clarification and details of the audit.

According to the DENR, the suspension of OceanaGold’s project in Nueva Vizcaya was partly due to perceived dangers from underground mining, a petition from locals for the cancellation of financial and technical assistance agreement (FTAA), and the preference of the local government for agriculture and agro-forestry over mining.

Mick Wilkes, OceanaGold president and chief executive officer, said that in the meantime, mining and processing activities were continuing at the Didipio mine.

He said OceanaGold intended to “consider all avenues, including working collaboratively with the DENR, to facilitate the immediate resolution of this matter to ensure no disruption to our operations and our valued local workforce.”

“We are disappointed with the statements made earlier [yesterday] and will seek clarification and reconsideration from the DENR to further understand and rectify this matter in short order,” Wilkes said.

“The Didipio mine has a strong social license to operate,” he added. “Our achievements since recommencement of construction in 2011 would not have been achieved without our steadfast commitment to the community and most importantly the strong endorsement from the residents of Didipio and the nine other communities in the provinces of Nueva Vizcaya and Quirino.”

SR Metals Inc. (SMRI) said it had not received an official copy of the audit findings.

“We are confident that the two issues raised (by the audit team) particularly access to the provincial road and new municipal resolution will be clarified,” SMRI president Miguel Alberto Gutierrez said.

“We continue to act in accordance with responsible mining,” he added.

In Mankayan town, Benguet province, Joan Gatchelian, information officer of Lepanto, said the company had yet to receive any communication from the DENR regarding the suspension of its operations.

But based on the audit report signed last month by both the head of the DENR audit team and the Lepanto representative, the company had “complied with the provisions of the environmental and mining laws, rules and regulations, thus no penalty [was] recommended by the team,” Gatchelian said.

Xavier Akien, convenor of the Benguet-Abra-Mountain Province-Ilocos Sur Mining Watch, said the group urged the mining firm to drain its tailings dam of excess water to stabilize it before it is shut down. With a report from Kimberlie Quitasol, Inquirer Northern Luzon