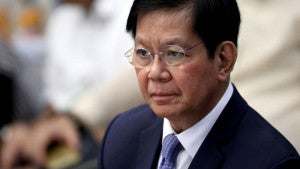 MANILA — Sen. Panfilo Lacson is optimistic that amendments to the Anti-Wiretapping Law could be passed within the year, expanding exemptions to the wiretap ban that would allow snooping on drug suspects in a bid to boost the administration’s war on the illicit trade.

This even while law enforcement agencies continued to deny it had wiretapping capability as the Senate committee on public order and dangerous drugs held its second hearing on the proposed amendments Tuesday afternoon.

“Within the year, that could be passed.  I am also in talks with the House (of Representatives),” Lacson told.

Four separate bills authored by Lacson and Senators Gregorio Honasan, Grace Poe, Juan Edgardo Angara, are seeking to amend the Anti-Wiretapping Law of 1965 to include among exemptions violations of the 2002 Comprehensive Dangerous Drugs Act.

Currently, the 51-year-old law penalizes the secret interception of private conversations but grants exemptions for limited situations: “cases involving the crimes of treason, espionage, provoking war and disloyalty in case of war, piracy, mutiny in the high seas, rebellion, conspiracy and proposal to commit rebellion, inciting to rebellion, sedition, conspiracy to commit sedition, inciting to sedition, kidnapping as defined by the Revised Penal Code, and violations of Commonwealth Act No. 616, punishing espionage and other offenses against national security.”

Under the proposed amendment, authorities may undertake wiretapping operations on particular targets when allowed by a court order.

Once approved, the law would allow authorities to intercept all forms of digital communications by their surveillance targets, whether phone calls and text messages, or emails and chats through applications that use internet connection.

He said the public would have nothing to worry about, as law enforcers would only undertake wiretapping operations on specific targets if allowed by the court.

During Tuesday’s hearing, Lacson urged the Philippine National Police, the National Bureau of Investigation and the Philippine Drug Enforcement Agency to include in their respective 2017 budget proposals funding for the procurement of wiretapping equipment in preparation for the bill’s eventual passage.

Agency representatives all told Lacson’s committee Tuesday that they had no capability for any form of wiretapping, which Lacson doubted.

“I know they have,” Lacson said.

“But that’s part of their training. With their intel training, they are really prone to clamming up. I used to be there. I know how it feels… I can assume there are ongoing operations, and to divulge here with all of you (the media) present that they have such capability, that could drive their quarry away or take more precaution in conversing about illegal activities,” he said.  SFM