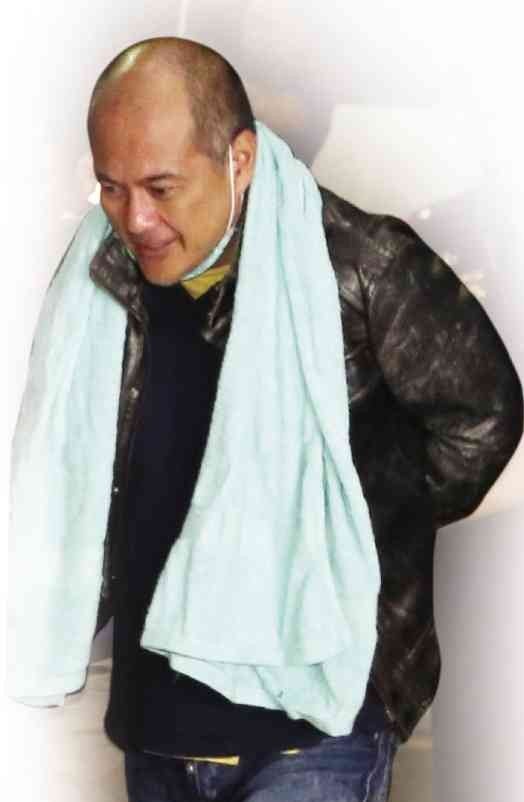 Former Palawan governor Mario Joel Reyes, a fugitive who surrendered to authorities as he faces a murder trial for the killing of broadcaster Gerry Ortega, sought the dismissal of his graft charge before the Sandiganbayan for his alleged involvement in the fertilizer fund scam.

Reyes also asked the court to defer the issuance of an arrest warrant against him.

In his motion, Reyes said the Ombudsman committed grave abuse of discretion in claiming he gave undue benefit to the bogus nongovernment organization Masaganang Ani Para sa Magsasaka Foundation (Mamfi) for the procurement of 3,240 bottles of liquid fertilizers without public bidding in 2004.

Prosecutors said Reyes released P3.25 million for the procurement to Mamfi even though it was not a qualified NGO to implement the Farm Inputs and Farm Implements Program because it did not submit the complete documents of accreditation.

The prosecutors said Reyes caused undue injury to government by acting with manifest partiality, evident bad faith, or gross inexcusable negligence when it gave unwarranted benefits to Mamfi in the transaction.

Reyes said there was no evidence to show that he endorsed Mamfi, refuting the prosecution’s claim that Reyes in the memorandum of agreement (MOA) endorsed Mamfi as project implementer.

“Reyes did not perform any overt act of procurement… He, on behalf of the province, merely received goods already procured,” Reyes said through his lawyers.

Reyes said the MOA was pro-forma stating that the Department of Agriculture (DA) earmarked P5 million for farm inputs, which he has to sign as a responsible local chief executive.

Reyes said the Ombudsman erred in saying he signed the MOA without authorization from the Sanggunian Panlalawigan.

Reyes said the MOA was not a contract for a business transaction that requires prior authorization from the Sanggunian, adding that it was merely a grant of farm inputs in the form of donation from the national government.

Reyes added that the Ombudsman erred in accusing him of conspiring with his co-accused to commit graft  causing injury to government.

“If Mamfi, in collusion with the DA, entered into a contract disadvantageous to the government, Reyes had nothing to do with it,” his motion read.

The former governor said there was no overpricing of fertilizers that was received by the farmer-beneficiaries.

“Under such circumstances, there is nothing to sustain the finding that the contract is grossly disadvantageous to the government,” his motion said.

Reyes also informed the court that he filed a petition for certiorari before the Supreme Court assailing the Ombudsman’s indictment, noting that his move does not constitute forum shopping.

“Wherefore, premises considered, it is most respectfully prayed that, after due proceedings, this Honorable Court issue an order dismissing the information in present case in so far as accused Reyes is concerned for lack of probable cause,” his motion concluded.

The other co-accused in the case are Regional Executive Director Dennis Araullo and Regional Technical Director Rodolfo Guieb, both from the Department of Agriculture-Regional Unit IV; and Nathaniel Tan, an authorized representative of Mamfi.

Reyes’ charges stemmed from the anomalous implementation of the 2004 Farm Inputs and Farm Implements Program during the administration of former president Gloria Macapagal-Arroyo.

Reyes and his brother, former Coron mayor Mario Reyes, turned fugitive when they fled the country in March 2012 after they were indicted by the Department of Justice for allegedly masterminding the murder of broadcaster and environmentalist Gerry Ortega in 2011. The hitman named the Reyes brothers as the mastermind of the killing.

The brothers led a lavish lifestyle in Phuket, Thailand before they were arrested by authorities there in September 2015 for violation of immigration laws. They were eventually deported to Manila, where they were detained at Puerto Princesa City jail for the Ortega murder trial.

The younger Reyes has been granted bail by the court. JE/rga