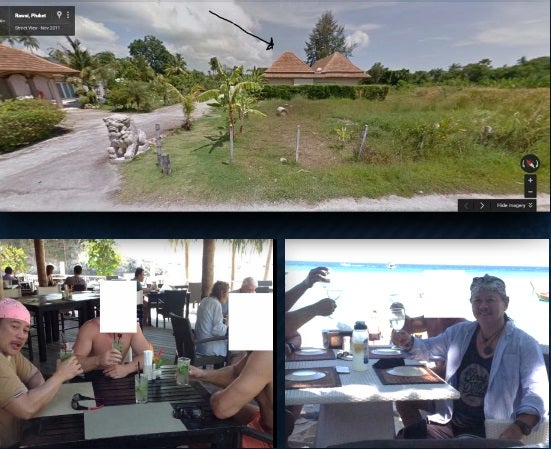 This composite image shows the Reyes brothers enjoying their down time as fugitives and the villa they lived in in Phuket. PHOTO FROM CIDG

Erstwhile fugitives former Palawan governor Joel Reyes and former Coron, Palawan mayor Mario Reyes lived a lavish lifestyle when they were in hiding for more than three years in Thailand.

Criminal Investigation and Detection Group head Police Director Victor Deona revealed on Friday that the Reyes brothers lived in a villa in Rawai Area in the south of Phuket, the province where the two had been arrested last Sunday for overstaying.

While showing the photos of the villa and the Reyeses in a beach resort, Deona told the media in a press briefing to judge for themselves the kind of lifestyle the suspects had while they sought refuge in Thailand to evade prosecution for their murder charges.

The two have been accused of masterminding the killing of broadcaster and environmentalist Gerry Ortega in Puerto Princesa, Palawan in January 2011. 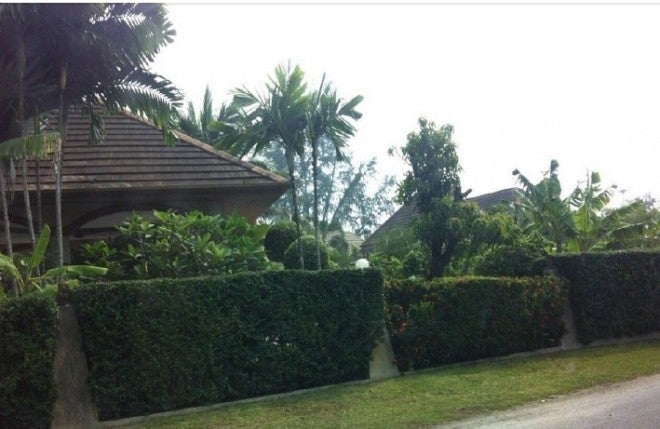 The villa the Reyes brothers lived in while in hiding in Phuket, Thailand. PHOTO FROM CIDG

How they were traced

Marquez said that on February 4 this year, the Thailand Embassy sent a letter to the Philippine Embassy confirming the presence of Mario and Joel in Thailand.

But he also confirmed that as early as May 2014, Task Force Tugis, a police team dedicated to hunt down the top fugitives in the country, already had information on the whereabouts of the brothers.

“We were in constant coordination with Thai authorities,” he said, confirming that they had sent TF Tugis operatives in Thailand last year.

Then on September 8, an anonymous informant sent an electronic mail to the CIDG that the Reyes brothers are staying in Phuket.

Weeks later, the Thai police conducted surveillance in the area where the villa of the Reyeses was located.

On September 20, members of Interpol Thailand and Royal Thai Police came back to Phuket to arrest Mario and Joel. At around 2:05 p.m., Thai authorities sent a text message to the CIDG “We got them.”

The next day, the CIDG sent a five-man team to Bangkok to coordinate with Thai authorities for the deportation of the brothers.

The Reyeses went into hiding last March 2012 soon after warrants of arrest were issued against them. Fleeing the country despite the hold departure order against them, the fugitives used fake passports using another names.

“They used [other] passports going to Thailand. Obviously, they know a red notice from the Interpol will be issued against them,” said Marquez.

According to the Royal Thai Police and police sources, prior to their arrest, Mario and Joel had planned to establish a “fitness club” in Phuket, a province in Thailand frequented by tourists.

From Phuket, CIDG personnel fetched the Reyeses and brought them to Bangkok to process their deportation to the Philippines.

Before dawn Friday, a Philippine Airlines flight bearing the CIDG men and the suspects arrived at the Ninoy Aquino International Airport Terminal 2. From there, police escorted them to Camp Crame where they were booked.

The suspects will then be brought to Palawan in a 1:30 p.m. flight to Palawan for the return of the warrant of arrest. Julliane Love de Jesus