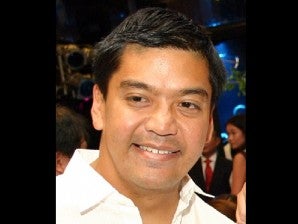 MANILA — Federalism should be included in the national assembly of barangay officials on October 9 to “unofficially kick off the information drive” on the Duterte administration’s key policy to change the current presidential system of government through Charter Change, Camarines Sur Representative LRay Villafuerte said on Sunday.

“The proposed shift to a federal system of government through Cha-Cha is the game changer that would bring about the real change that would uplift Filipinos by making economic growth beneficial to all and not just a few. Thus, federalism fits to a T the theme of ‘Tunay Na Pagbabago’ or real change of this year’s barangay assembly,” Villafuerte said.

The Department of Interior and Local Government (DILG) is organizing the event.

Villafuerte called barangay officials or village heads as the “government’s frontliners in delivering not just basic services but also essential information on national and local concerns to our communities.”

He argued that “their knowledge about federalism would serve them well in helping educate about it ahead of the upcoming deliberations in the Congress on this proposed shift in government.”

Villafuerte’s press statement quoted the DILG as saying that the topics in the national barangay assembly would include the campaign against illegal drugs, peace and order, disaster preparedness and solid waste management.  SFM