newsinfo / Nation
Nation
ON silence ON MARCOS BURIAL: 'TIME FOR OTHERS TO TELL THEIR STORIES' 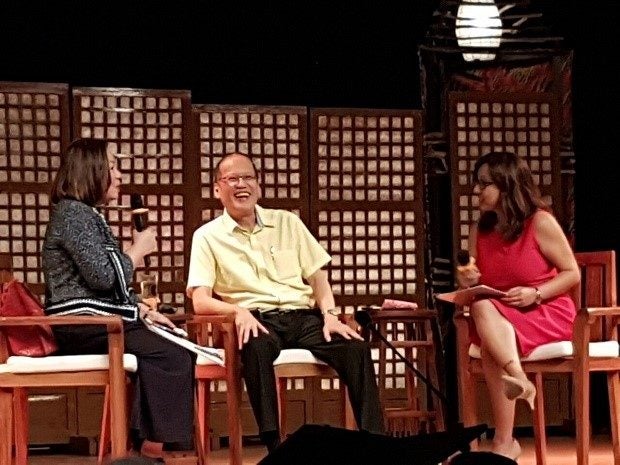 MANILA, Philippines—FORMER PRESIDENT Benigno Aquino III made his first public appearance on Friday night where he spoke about the lessons from martial law, saying it was it was time for others to make their voices heard in the protest against having the dictator Ferdinand Marcos buried at the Libingan ng mga Bayani.

“I’ve kept quiet about the Marcos burial because I’ve had so many years to say my point and it’s time to hear everybody else’s point. Isn’t it that they have (now) shared their own stories?” Aquino said.

Aquino spoke at St. Theresa’s College in Quezon City, where he met with the missionary sisters of the Immaculate Heart of Mary, also known as the ICM nuns, who played a vital role in the struggle to regain the country’s democracy.

“We need a permanent record of what actually transpired. Isn’t it that there is an attempt (now) to revise history? There was a generation who actually cannot imagine what our generation had to go through. When you cannot imagine, it is easy to say that, ‘Yes, it is fiction’ and afterwards, ‘That never happened. Therefore, we don’t have to be vigilant.’ And we are back to square one,” Aquino said.

They applauded and gave the former President a standing ovation as soon as he walked on stage.

Those in the audience, young and old alike, repeatedly thanked him for the past six years.

The event was organized by the STCQC Alumnae Association (STAA) and STC High School 1993. CDG