Reviving a relic of Marcos dictatorship 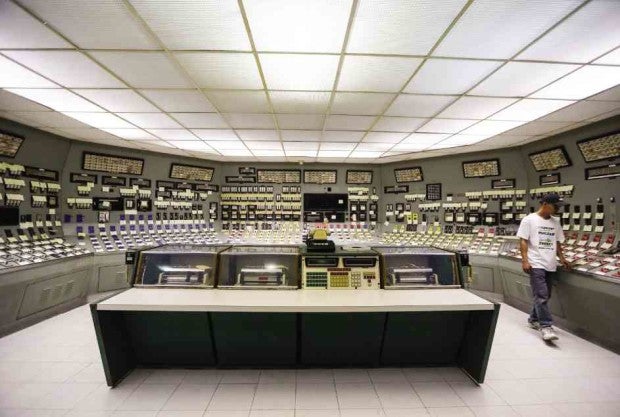 LIKE a slumbering giant, the mothballed Bataan Nuclear Power Plant (BNPP) may be awakened soon as interest in reviving it has been rekindled.

Sitting idly for almost four decades at Napot Point, a small peninsula on the west coast of Morong town in Bataan province, BNPP appeared to beckon its recent visitors who came to explore what the  plant could offer a country facing a looming energy crisis.

Despite being ready for operation when its construction was completed in 1984, the 620-megawatt power plant never served its purpose.

Some deemed it as a “dictatorship relic,” having been conceived during the time of the late strongman Ferdinand Marcos, who decided to build the plant at the height of the 1973 oil crisis resulting from the Middle East oil embargo that had an impact on the Philippine economy. Marcos then considered nuclear energy to be the key to addressing the country’s energy demands and decreasing dependence on oil importation.

But like Marcos, the robustly built nuke plant was clouded by controversies that prevented a nuclear era in the country to take off. The plant had been set for commercial operations in June 1985, but it was mothballed by then President Corazon Aquino in 1986 due to safety concerns in the wake of the nuclear fire at the Chernobyl power plant in Russia.

From time to time when energy crisis hits the country, talks about reopening the BNPP surface. The recent International Framework for Nuclear Energy Cooperation Conference, which the Philippines hosted last month, fueled talks on rehabilitating the dormant plant to ensure that the country would have stable supply of clean, safe and affordable electricity.

Energy Secretary Alfonso Cusi said the Duterte administration is considering nuclear energy as a solution to power shortage and high cost of electricity in the country. “Among all the studies, the cheapest power source is nuclear … We want to be competitive with the rest of our neighbors so we have to come up with a cheap source of energy and that is really nuclear,” he told reporters in Manila.

At a hearing of the Senate committee on energy last month, Cusi said the Department of Energy had initiated a study on the possible use of the BNPP.

Former Pangasinan Rep. Mark Cojuangco was among the first to feel elated over the renewed discussions on reviving the BNPP. A known advocate for nuclear energy as a power source, Cojuangco said the government has long been ignoring one of the best national assets to achieve economic progress due to an “unfounded fear.”

“Are we inflating the fear? Is the fear proportional to reality? No, the fear has been exaggerated by some people who for decades lied to us,” he said. He was referring to anti-BNPP sentiments, including claims that the nuke plant is unsafe because it sits near an earthquake fault and could leak high levels of radiation.

“The BNPP is safe. A nuclear power plant emits nothing. It means less carbon dioxide and pollution everywhere,” said Cojuangco, who was a resource speaker during a technical briefing for media in Bagac town on Friday.

“There’s a 50-year history [in the] nuclear power industry that can attest to the fact that a nuclear power plant is safe,” he added.

“About 10 percent of electricity globally is from nuclear energy,” Marcelo said.

He said it took 11 years to build the nuclear plant and it is more advanced in design and younger than half of the operating nuclear power plants in the United States.

“The BNPP was designed to withstand the highest postulated earthquake that can strike the Luzon island,” he said.

On Sept. 16, three senators belonging to the Senate committee on energy visited the BNPP site to inspect the condition of the plant’s structure.

Sen. Nancy Binay, the committee vice chair, said she was open to rehabilitating the BNPP but wanted to listen first to dissenting opinions from experts and stakeholders. “Visiting the BNPP is just the first step in exploring its potential as a source of energy,” she said during the inspection.

“Probably it’s high time to finally decide what we should do with the BNPP. Are we going to use it or close it down? We have to remember that we’re still spending our money for this plant that doesn’t produce electricity,” she said.

According to Binay, it would be more cost-efficient for the government to add a little more budget to make the plant operational instead of putting up a new nuclear power plant. “We saw that it has well-maintained facilities. I’ve been open to the idea of reviving it,” she said.

Sen. JV Ejercito, a committee member, shared the same view of reviving the plant. “During the 17th Congress, I filed a resolution to reconsider utilizing the BNPP,” he said.

Ejercito said that before visiting the plant, he was expecting to see a dilapidated structure. “I was surprised that the condition [of the plant] is still good. It actually looks new,” he said.

“This asset is owned by Filipino people, Filipino taxpayers. [We] might as well use it,” he said. He said the country has lost potential investment opportunities due to expensive electricity rate.

Citing experts, Ejercito said that if the plant becomes operational, it could generate electricity at a cost of as low as P1.80 per kilowatt-hour. “Though it is controversial, it might help our economy to take off,” he added.

Sen. Sherwin Gatchalian, the committee chair, said he was not too keen on reopening the plant.

“I’m in favor of studying the potential of nuclear power [as a source of energy] but not reviving the BNPP,” Gatchalian told reporters during the site inspection. He described the BNPP as “old” and “full of controversies.”

“If we want to go into nuclear power, let’s do it right from the beginning, meaning let’s use the latest technology,” he said, adding that the BNPP was built 40 years ago, “so [the structure] is old.”

He also cited safety concerns and a lack of technological capabilities that would not make revival of the BNPP feasible.

“[BNPP] is a run-down relic from an era long gone. Over three decades of innovation in nuclear energy separate it from modern nuclear power plants. The $1-billion investment it would take to refurbish the plant would be better spent on more feasible generation projects,” he said.

Residents in Morong have cautioned the government against making the plant operational.

Emelita Perez, 53, of Barangay Poblacion, said  if the government is determined to revive the BNPP, it should first assure the public that it is safe.

“I believe that the nuclear plant will be a good source of energy, especially since there’s a growing demand for electricity, but we’re worried about the plant’s radiation and waste,” she said.

She said the proponents of the nuke plant rehabilitation should conduct a massive information campaign to educate the public about its operation and impact on the community.

Julito Velasco, 69, also of Barangay Poblacion, said putting the nuke plant back to life would spell disaster, especially for communities living around it.

“Those who are pushing for the plant’s reopening are not considering the lives of the people near the area. I’ll be the first one to oppose the BNPP because I know it has structural defects,” he said.

He said there are a few Morong residents who accepted the plan to reopen the plant due to the jobs that it would generate.

“These jobs will be temporary. What matters is the safety of the public. There are more people opposing the moves to make the BNPP operational because it will endanger our lives,” he said.

The Nuclear-Free Bataan Movement laid down two major reasons for opposing the revival of the BNPP or even the use of nuclear power in the country.

“It is unsafe and it remains costly. These are the very same reasons that pushed particularly the people of Bataan and Central Luzon to successfully oppose its impending operation during Marcos’ rule,” the group said in a statement.