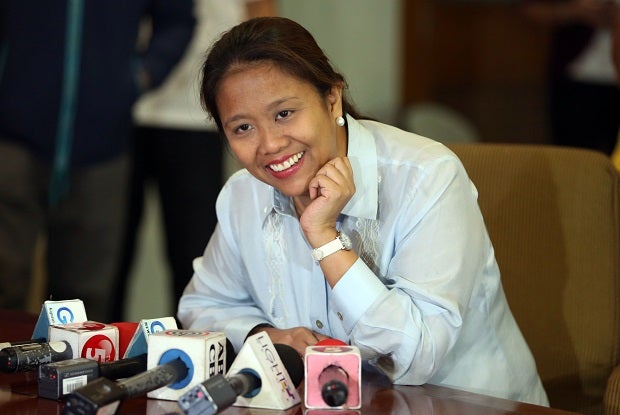 Senator Nancy Binay disclosed on Tuesday that she had one condition before she agreed to vote in favor of removing Senator Leila de Lima as chair of the Senate committee on justice and human rights.

Binay said her number one concern while they were discussing De Lima’s fate on Monday was who would replace her.

(I told them yesterday that my condition was if Senator Alan would replace her, then I would not vote in favor of her ouster because they are practically the same.)

“Ang mahalaga para sa akin ‘yung impartial, talagang may fairness pagdating dun sa (What’s important for me is to find someone who is impartial and fair when it comes to the investigation of the) extrajudicial killings,” the lady senator said.

Senator Binay could not help but wish her father had more allies in the chamber while he was being investigated by the blue ribbon subcommittee being headed then by Senator Aquilino “Koko” Pimentel III, who is now the Senate President.

(If only we had more allies then like what President Duterte is enjoying now, we probably would have not had to endure what we endured then.)

(The rules seem subjective, right? What they allowed before, they no longer approve now. When you think about it, they should not have allowed what happened before, and now they are just harvesting the products of their wrongdoings.)

This was also one of the reasons why, she said, she voted to remove De Lima.

She said she felt vindicated that the Senate probe against her father was just done for “political reasons” and not to search for the truth. IDL/rga