‘So evil,’ De Lima says of reports linking her to drugs 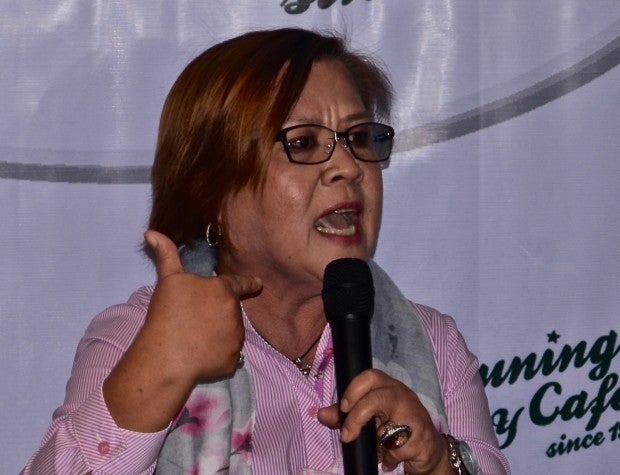 “They are so evil,” Senator Leila de Lima said on Monday as she dismissed anew as lies and fabrications allegations linking her to illegal drugs.

The senator was referring to reports that some witnesses to be presented in the House of Representatives this week would testify that she got millions of pesos from illegal drugs when she was still the Justice secretary.

Justice Secretary Vitaliano Aguirre has been interviewed over various media and he said convicted drug lords have “volunteered” to testify on allegations against De Lima.

Aguirre also said a witness would testify that money from imprisoned drug lords were delivered to the house of De Lima.

De Lima earlier stressed that the House probe on the alleged proliferation of illegal drugs inside the National Bilibid Prison supposedly during her time a Justice Secretary was only meant to destroy her “upon the orders” of President Rodrigo Duterte.

It was the lady senator, who initiated the Senate probe on the alleged rise of extrajudicial killings in the country since the start of the Duterte administration.

Another child dies in war on drugs